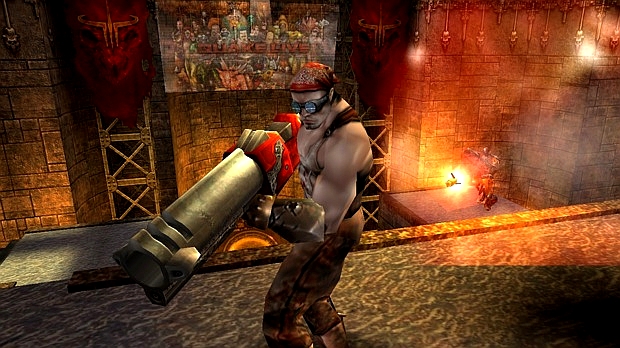 The people behind Quake Live understand the importance of regularity. Updates for the browser-based shooter will begin to be issued exclusively on Tuesdays, with the exception of fixes due to a sudden meltdown or technical oddity. The first sizeable patch to be used with this new system is expected to hit on July 14th. This all according to “marty” an administrator on Quake Live’s official message board.

“In an attempt to allow all of you a greater ability to plan your play schedules — particularly those of you running and playing in external events, ladders, leagues, etc. — we’re going to begin updating Quake Live exclusively on Tuesdays,” he said. “This does not mean that every Tuesday we will have an update, just simply that if we do have an update planned, it will occur on a Tuesday.”

“With this new policy now in place, we’d also like to let you know that we have a fairly large update planned for next Tuesday (July 14),” he continued. We are currently planning to take the site down in the late morning (U.S. Central Time) and be down for 3-4 hours. As always, you can get instant site status notifications by following us on Twitter. We’ll post a complete list of changes, additions, and other information with the update.”

We like this new approach for a glaringly obvious reason. Destructoid also fully endorses any publisher or developer that chooses to update their game on a regular basis. Regularity is vital to our health, that’s a fact Jack.