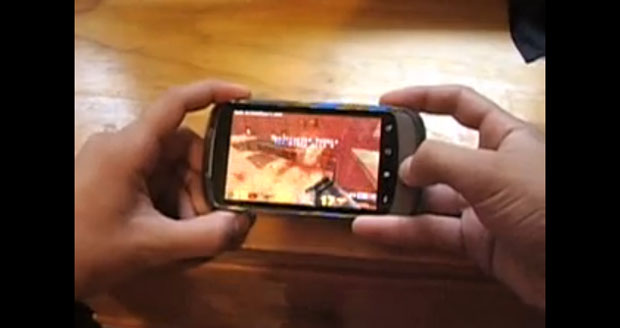 Check this out. Quake 3 has been squished down to fit on the Nexus One phone with little in the way of compromises. You’ll see that it runs at a great framerate on the Nexus’ widescreen display. It was one that worked fine on the Droid, which points to an easy port. One problem, though: there’s no physical keys to control the game with on the Nexus One. As a workaround, the port has mapped the control to the trackball (look) and volume rocker (move) instead. It looks like it works fine!

Tapping “up” on the volume moves forward and “down” jumps. While the trackball is perfect for mousing the view around, know that it also pulls double duty as a fire button.

Quake 3 Ported To The Nexus One [Android Community]