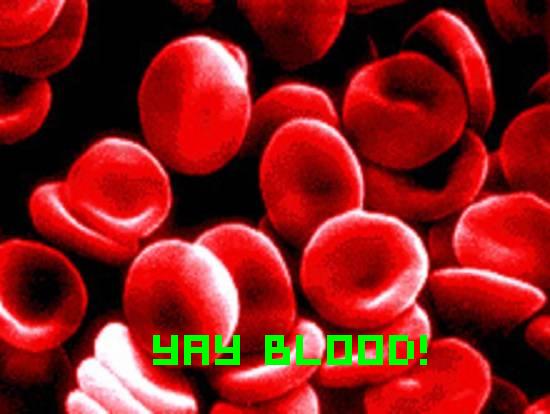 I have a request for the scientific community at large, though really this is for any of their ilk that want to do a study on games. Before one of your noble community decides to shed light on the apparently opaque machinations of video games and their effects on humanity, could you please, please, ask a gamer first? And if it’s not too much trouble, could you also adhere to your own rules? Every day a new study is debuted that links games with something, whether it be violence, relaxation, concentration or a lack thereof, and here is one more.

The May issue of the Journal of Experimental and Social Psychology will be running an article on a study that sought to determine the effect of blood levels in a game on “aggression, hostility, and arousal”. In order to determine this, the authors had subjects play Mortal Kombat: Deadly Alliance with different levels of gore. The results of each test comprised the subject’s heart rate during play, the frequency with which they used their weapon, and a “hostility questionnaire”.

I could harp on the criteria they used to determine whether more blood means more aggression; it would be exceedingly easy, but would also be exceedingly pointless. Aggression, hostility, and arousal? These words might, to some, also mean “excitement”. Does cartoonish amounts of viscera in a game in which it’s appropriate excite me? Why yes, yes it does; quite a bit, in fact. With each new ghoulish fountain of blood, the collective giddiness of gamers reaches schoolgirl-esque proportions, and many of us react similarly to movies that portray the same thing, often far more realistically than games.

Yet what this study, and many like it, fails to track is our reactions away from games. I sure as hell don’t start excitedly shouting obscenities at the sight of real blood and carnage, and I’m willing to bet there are more than a few of you that become nearly erect with every virtual bloody fan-spray that would faint at the sight of actual blood. That, as we all know, is the key difference, and the distinction that so few propaganda-shilling scientists fail to point out.