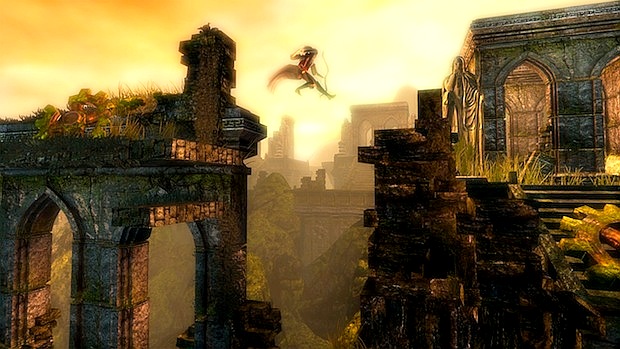 The playful speculation that the North American version of Trine would hit Xbox LIVE Arcade before it made it’s way to PlayStation Network is over. This afternoon, developer Frozenbyte and publisher Nobilis Publisher announced that the bite-sized platformer hits PSN on October 22nd.

Trine was supposed to be released in July this year. Last month, Frozenbyte CEO Lauri Hyvarian pegged the reason for the gargantuan delay on physics, bugs, and “unlimited gameplay possibilities.” It apparently wasn’t an easy game to test.

Curious about Trine? Check out our review of the PC version’s single-player component.