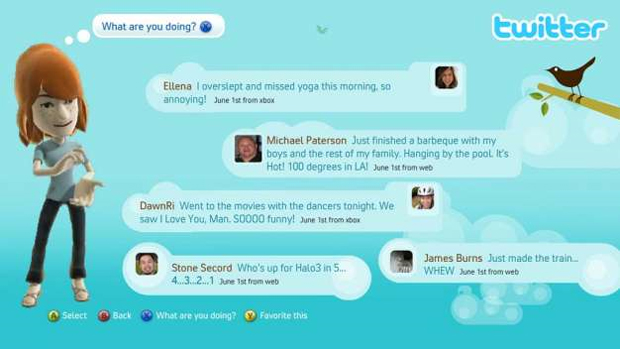 The update brings a slew of new features including Facebook, the new Zune video marketplace, Twitter, and Last.fm. All you need to do in order to receive the update is turn on your Xbox 360 and all of this new stuff will be there. Pretty easy, right?

I’ve been using the new features for awhile, and I must admit I haven’t touched the Twitter or Facebook apps since testing them out for our video preview. Last.fm, on the other hand, has been awesome with one exception — during long listening periods, the program will detect “inactivity” and ask you if you’re still listening. That’s fine — why would they waste bandwidth on someone who’s not listening? The problem — it does it in the middle of a song. Really, guys?

After you update, let us know how you like the new features, and which ones (if any) you’ll be using the most.