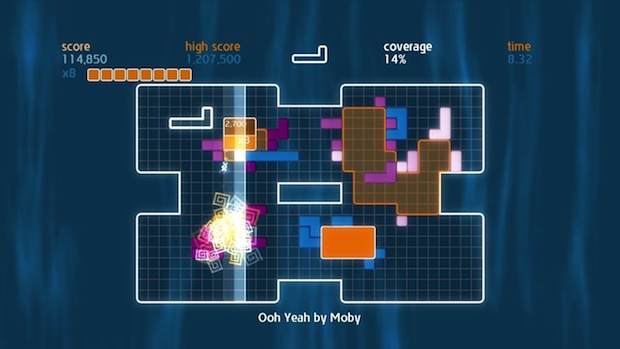 Just a reminder: Zoe Modes’ Chime hits Xbox LIVE Arcade this Wednesday as announced on January 20th, and will remain not-for-profit. If you decide to indeed slap down the 400 Microsoft Banana Bucks on this puzzler, the royalties made will go to Save the Children and the Starlight Foundation.

So what the hell is Chime? It’s a little like Lumines, or at the very least, has its feel. It requires you to place blocks and create quads, with bigger matches netting bigger points. Each match creates a new “musical phrase,” which adds to the flavor and tone of the level.

Sound good? I’ll be checking it out, for sure.