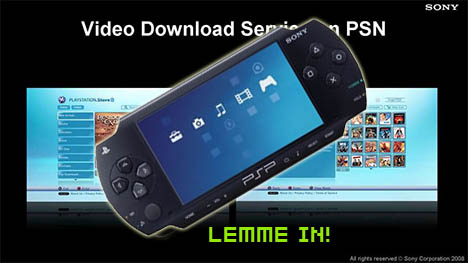 I think this goes into Captain Obvious’ territory a bit, but we’re now hearing that the PSP will support file transfers from the upcoming PS3 movie/video download service.

Some “insiders” say that Sony is in talks to allow users to transfer films downloaded from this service, according to CVG. Why are the “in talks?” What is there to think about? You’d think they would naturally want to have their portable console in on the whole plan. I just assumed that both systems would have movie and video access.

CVG also points out that a recent Variety article mentions a Blu-ray-to-PSP function on the horizon. Again, I think this option would be a no brainer.

Would you watch movies on your PSP? What would it take to win you over?