One of the few good things Microsoft did for the games industry was introduce the concept of Achievements. Some of you may disagree with me, especially as it’s considered quite hip to hate Achievements and claim they ruined videogames, but the extra level of interest and longevity they add to a game has certainly had an impact on my own game playing habits, and a great deal many others.

It was only a matter of time before Sony tried to follow Microsoft’s lead and introduce its own take on Achievements. As of this year, PlayStation Trophies are now a mandatory part of all PS3 titles, working very much in the same way as MS’ Achievements, with a few structural differences. However, unlike MS’ Achievements, Trophies have so far failed to really add much of anything to my gameplay experience.

A rather underwhelming addition, marred by some key problems, Trophies have underachieved, proving that perhaps it’s not always best to just try and copy someone else’s successful idea and expect the same level of success (*coughmotioncontrolscough*). Read on as we explain the problem with PS3 Trophies.

The major issue with Trophies, as it stands, is the fact that the PlayStation Network has not succeeded in creating the feeling of a true online identity for its players. The rather alienating XMB and awkwardness of communication with other players makes it far more difficult for gamers to feel connected to their PSN handles than they do their Gamertags. A Gamertag, from the very start, has set out to feel like an identity, something that is tied into every Xbox 360 game they play, every Achievement they unlock, and every success they have in a multiplayer environment. It feels like something that is theirs. A PSN handle is simply what it is — just a handle.

I’ve never felt any sort of attachment to my PSN handle, not like I do with the Xbox 360 Gamertag. Even visually, the Gamertag sets itself up as a more tangible object, resembling a card with your name, motto, Gamerscore and recently played games. Your PSN handle doesn’t have that same tangibility, at least not one as clearly defined and visible to others as the Gamertag. On the Xbox 360, you can easily show off what you’ve been playing and what Achievements you’ve unlocked. With the PSN, there’s no sense of personal investment and no real platform to show off your Trophy progress at an easy glance. The lack of identity makes Trophies far less important than Achievements.

Another major issue is the cumbersome PS3 interface and ridiculous load times. For such a magnificent, sleek and well-produced machine, its sluggish XMB feels archaic and inconvenient to use. For example, when unlocking an Achievement during a 360 game, all the player has to do is press the guide button on the Xbox 360 controller and instantly see the Achievement details. On the PS3, one has to press the guide button, navigate to the Trophy section, wait for the Trophies to load, then find the right Trophy through the list of small, barely legible text. The very act of looking at Trophies feels like a waste of time. 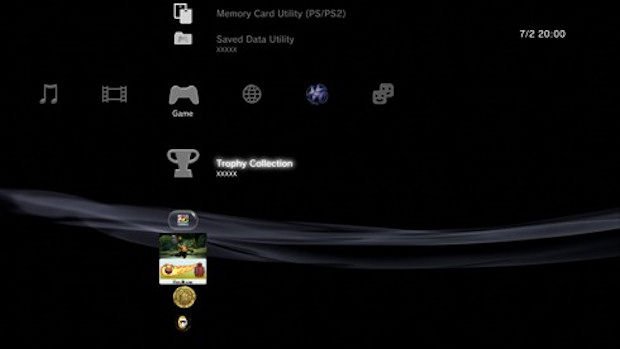 When a game is loading on the Xbox 360, I’ll often fill the seconds by quickly glancing over some Achievements to check my progress, or look at some messages, which can instantly be done with a quick tap of the controller’s Guide Button to bring up a useful mini dashboard. You can easily bring up the dashboard and pass time in there while waiting for the next level to load. Not so on the PS3. Usually, by the time you’ve actually navigated to the Trophies and waited for the information itself to load up, the game is ready to be played. There is no checking out other peoples’ PSN IDs in a pre-match lobby either, not with the same ease and swiftness of an Xbox 360 lobby.

Even worse, and completely inexcusable to boot, is the fact that Trophies need to “sync” before you can view them on the XMB. I don’t quite get how the Xbox 360 can have your Achievements all ready for you to glance over at any time, while you need to sit through a loading screen in order to look at anything PS3-related. On the 360, it’s incredibly easy to compare your Achievements to others on your friends list. On the PS3, you have to spend your time watching little rotating circles as the PS3 sluggishly fires up the Trophies.

Another glaring fault is the fact that, unlike Achievements, very few Trophies actually carry with them a sense of value, arbitrary or otherwise. Every single Achievement feels like it’s adding to this colossal E-Peen that grows with every Achievement you unlock. It’s thoroughly meaningless, I fully admit that, but so is a lot of things in the world of gaming, and the mindless collection factor is addictive and adds to the fun of unlocking Achievements. Even the smallest and most insignificant of Achievements feels like it carries a “value” of sorts. 5G is still 5G, and those small Achievements all contribute to increasing that E-Peen’s all-crucial size.

The Gamerscore, while accomplishing nothing of true value, at least stands as a testament to your history with the Xbox 360’s game library, and quickly gives people a rough idea of how much quality time you’ve spent with the system. Every Achivement collected adds to that.

Not so with Trophies, that are split between Bronze, Silver, Gold and Platinum. Straight away, we are taught that only a few Trophies actually matter. Who cares about common Bronze Trophies? The way in which different values are assigned to the Trophies practically admits that a huge amount of them are worthless. Nearly all my Trophies so far are Bronze, and I struggle to give a shit about any of them, because we all know that Bronze is for losers. Unlike Achievements, which have an “every little helps” aura about them, the PlayStation Trophies don’t feel like they work towards anything. Don’t get me wrong, both Achievements and Trophies are, at the end of the day, meaningless tokens. Trophies, however, make it far too obvious to inspire anything but apathy. 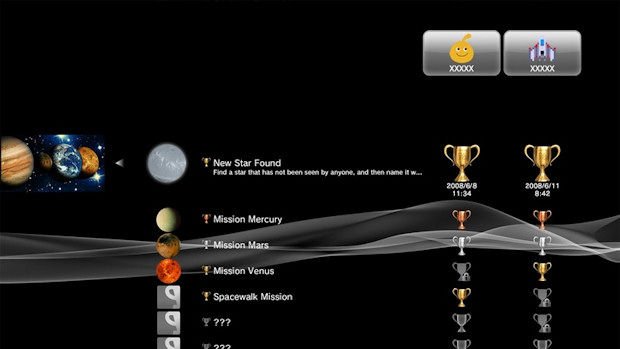 Trophies also carry with them some “level up” system which I suppose is meant to rival the Gamerscore except it … doesn’t. It’s rather senseless and just sits there, proving very little. While the idea of leveling up your PSN actually has potential, until it does more than simply sit buried in your profile with its thumb up its arse, it won’t beat the Gamerscore.

Even the visual aspect of Trophies are unappealing. The “Achievement Unlocked” image has become almost iconic this generation, with its distinct sound and look becoming a welcome occurrence during the course of any 360 game. Sony’s small, whimpering little gray box that announces, in tiny text, that “You’ve earned a Trophy” brings with it all the fanfare of an old lady’s wet fart.

The interesting thing is, Sony has just as much opportunity, if not more so, the make Trophies stand out, thanks in part to the PSP, and this may be where Trophies might eventually justify their existence. There has been talk in the past about PSP games having their own Trophies, and if your PSN ID remains linked between both your PS3 and PSP, then we’re definitely looking at something interesting. The ability to unlock these extra rewards across multiple platforms as well as multiple games is something that Microsoft simply does not have right now, and it’s something Sony could definitely capitalize on in order to start steering the direction of a gamer’s identity, rather than just follow in the footsteps of a rival. 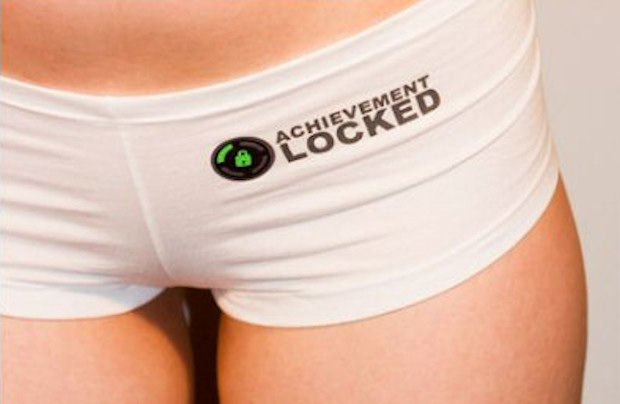 Of course, the first thing Sony needs to do is make the that aforementioned identity something to identify with. Until that happens, Trophies will always mean very little compared to Achievements and the Gamerscore. Sony has a lot of games, several consoles and even social experiments like Home and LittleBigPlanet. However, everything right now feels disconnected from one another. The PlayStation brand has an incredibly amount of tools to make Trophy support something worth bragging about, but until it pulls the drawstrings and brings all of its separate parts together, the PSN experience is always going to feel like a step behind what the Xbox brand currently offers.

A greater sense of personality, a more convenient way to interact with your gaming rewards and a feeling, however false, that Trophies actually mean something. Sony could do all that and really go toe-to-toe with the idea of Gamertags. Unfortunately, until Sony realizes that just trying to mimic Achievements with the bare minimum of effort doesn’t make for much competition, Trophies will remain quite the underachievement.