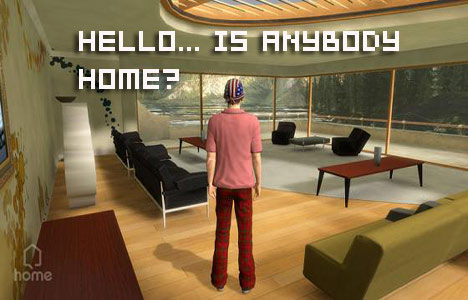 Sony might be still trying to figure out why their latest firmware update for the PS3 caused some (mine still works like a charm) consoles to malfunction, but that hasn’t distracted them from their other big update in the works: PlayStation Home.

According to PSN director, Eric Lempel, the oft-delayed service is very much on track for a fall release, and won’t be a gimped version of what Sony has been promising us all along:

“The reason we’ve been delaying Home is so that we can deliver a high quality service that the users will enjoy. Even though it will be in beta, it will be a fair representation of what the service can be and its potential, so it won’t be a 0.5 release, it will be a fully robust service.”

With today being July 4th and all, that release is fast approaching. Are gamers still as jazzed to go Home as they once were? Sony is banking on it.