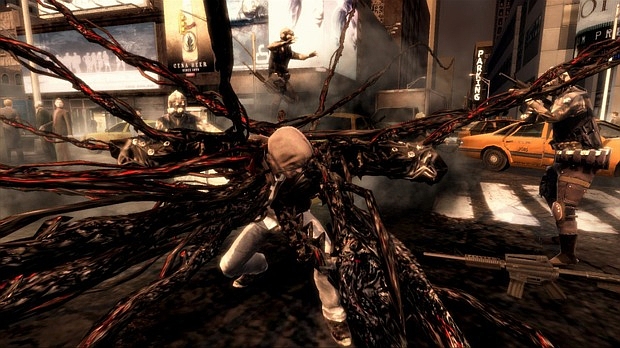 Electronic Entertainment Design and Research has weighed in on the Prototype versus inFAMOUS debate with numbers. According to EEDAR estimates, Prototype is set to outsell inFAMOUS by a dazzling 90 percent when combining the sales of the multiplatform releases of Prototype. However, inFAMOUS is expected to sell between at least 35 to 50 percent more on the PlayStation 3 than Activision’s title.

As noted in the blurb we received about the sales estimates, these numbers carry some meaning with publishers. Nobody was hurt by the exclusive release of inFAMOUS, but the potential of making more money by spreading the console love is obviously present. I asked EEDAR’s director of analyst services Jesse Divinich if money given for exclusivity would balance the numbers in some way. He said it wouldn’t.

“SCEA published inFAMOUS, so I would venture to guess they paid nothing for exclusivity. Sucker Punch, the developers, have only done PlayStation 2 and 3 titles,” he told me via e-mail. “They are most known for the Sly Cooper series. I am sure Sucker Punch receives a lot of financial incentives to stay exclusive to Sony, which likely takes the form of higher royalty percentage points on gross sales.”

Things may be different with the recently announced and unknown PlayStation-3 exclusive The Agent. Divinich reckons Sony is providing something.

While these estimates tickle the brain, we’re more interested in knowing the answer to the million-dollar question: who would win in a fight to the death, Cole MacGrath or Alex Mercer? Divinich answered.

“In an environment without chain linked fences or strewed about gardening hoses? Cole all the way.”