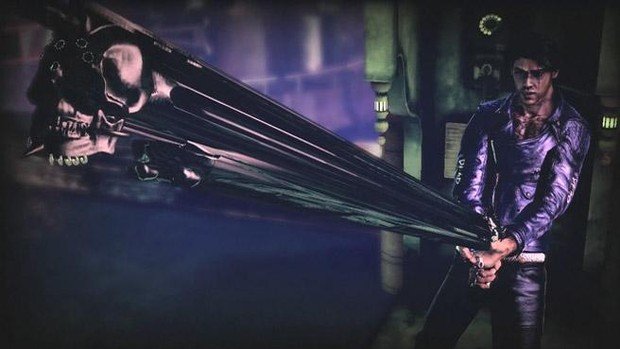 [Destructoid turned seven this past Saturday, and all month long Dtoiders have been reminiscing about their time with the site over in our Community Blogs. Here’s Handy’s little dandy. Show us yours! –Mr Andy Dixon]

We have a little saying around Destructoid: Also, cocks. Some may think this juvenile and immature, and they’re absolutely right; but it’s more than that. “Also, cocks” is a reminder to not take ourselves so seriously all the time, to break the tension when we forget that we’re here to enjoy ourselves. With all the doom-laden industry predictions and cynical analyses and controversies (god… the controversy) it’s easy to forget that we’re a community brought together by our love of videogames first and foremost.

So in honor of Destructoid’s 7th Anniversary I’ve decided to celebrate our ethos with a gathering of the greatest dicks in gaming — minus EA. It’s been long and hard, but I’ve been up and down these dicks repeatedly and really got a feel for them, and I’m confident this list is well-endowed enough that it will please you just as much as it pleases me.

Three pixels long and angular enough to make a Lego fleshlight seem practical, Custer’s penis is not to be confused with others on this list. While those other, polygonal penises have been pixelated, Custer’s Revenge features full on male nudity made of pixels. Custer wasn’t one to let arrows, consent, dick-sunburn or the idea of sex up against a cactus stop him, which I assume is why he died and this cautionary tale was made into an educational game.

There’s a pair of massive pricks in Dog Days, and at one point they end up naked. Really, this could count for four entries on the list if I wanted to stretch this thing out, or “measure from the balls” as it were. Kane & Lynch 2 did two things we thought were impossible — make a worse game than Kane & Lynch: Dead Men, and manage to make Kane and Lynch even less attractive. Still, there is a silver lining: the next time someone tells you that shooters are all derivative and unoriginal, you tell them there’s one about two middle-aged men running around Shanghai in the nip.

The sex appeal slider was THQ’s answer to the question no one asked. Taking character customization to a whole new low level, the sex appeal slider let you alter the size of your male avatar’s penis, making it as floppy or minuscule as you desired. I for one liked to turn it all the way down and pretend everything that happened in the game was desperate overcompensating. One wonders how THQ went bankrupt when they brought such innovation to the table.

Though The Lost and Damned boasted having the first instance of full frontal male nudity in gaming, I would disagree and direct them to the first entry on this list. I’m sure this would fall on deaf ears, and I suppose it’s more like full “sideal” male nudity in Custer’s case, but technology was limited back then. I almost miss that this was considered controversial a few years ago; these days you can’t even say “let’s make a zombie bust” without a PR team taking it too literally.

The Cockpit — Zone of the Enders

Some people say that Hideo Kojima lacks subtlety, and sure, a giant robot with a phallic cockpit sticking out of its crotch that also stands erect when blasting off isn’t exactly subtle. But believe me, he could have done much worse, especially with a literal interpretation of the word “cockpit”.

Sonic the Hedgehog — The Modding Community

Warning: This video contains pseudo-NSFW content. View at your own risk!

There are plenty of cocks to be found in the modding community, but I’ve chosen this as the representative for its ability to really shoehorn in a cock where it doesn’t belong. Not content to simply give Sonic a cock (I suppose a nude mod would be kind of redundant), they’ve opted to instead replace the entire character model with the fastest dick alive (thankfully sparing me from that nickname).

Remember when I said Hideo Kojima could do much worse? If you thought he was above making dick jokes in a game about cold war espionage let me remind you this game is called Snake Eater. While it’s not the first crotch grab we see in the series (or the last), it remains the most iconic. Volgin knows what’s up; every crotch is special and unique like a fingerprint or snowflake, and it’s the only reliable way to identify someone. And when you think about it, having a commanding officer grab your junk to identify you both worked better and was less of a hassle than having to equip the Card Key every time you wanted to open a door.

Dante’s Inferno is a game about masculine insecurity. When protagonist Dante’s wife is stolen away by a man with a bigger penis than him his first reaction is to fly into a rage, grab the biggest weapon he can find (made out of bones, incidentally), and lash out violently. After fighting his way through the circles of Hell and feeling very self-conscious in the Lust circle he must fight a building-sized incarnation of Lucifer, eventually defeating him and learning that size doesn’t matter.

Mara is a giant, screaming, cock-chariot.

Mara is the most famous among many penis-themed creatures in the Shin Megami Tensei series, which makes a lot more sense when you remember that demons are often born from the human subconscious in most of these games — so really, this is your fault. In the Persona games, each persona represents a different aspect of the humanity, and nobody really wants to find out what aspect Mara represents.

So there we have it! Was there anything I missed? Do you have any of your own gaming cocks to contribute? Dicks to divulge? Genitals to… generate? I’ll stop now.

This is how I celebrate Destructoid’s anniversary. You reap what you sow!