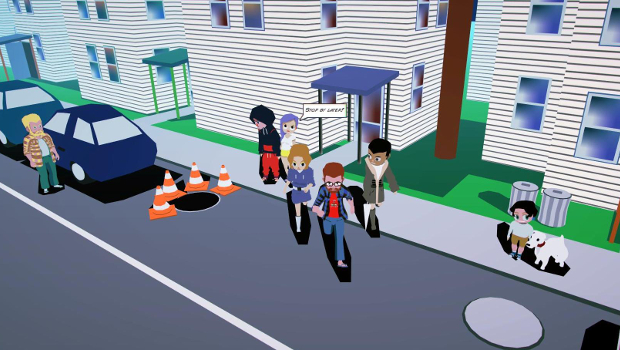 Straight from the mouth of Ackk Studios

Today on Sup Holmes, Brian and Andrew of Ackk Studios had a lot of interesting stuff to say. We talked about their debut game Two Brothers, a bunch of unreleased games that I begged them to make available (one that’s about controlling a level’s-worth of Goomba-like guys at the same time as the try to kill a floppy-nosed Mario-type guy!), and so much more.

We’ll get to all that later, when the episode is uploaded to Youtube and iTunes, but in the meantime we can break out a little bit of news. Ackk Studios next full sized game, codenamed Y2K, will be playable at PAX East this year. Currently planned for PC, Wii U, and PS4, Y2K is a Mother 3-inspired polygon based RPG that takes place in an alternate reality in the year 1999, a time when the world was sure that all computers everywhere were going to freak out and die. The game will have a traditional JRPG-style overworld, a more dynamic 3D camera during dungeons, and “more stuff to do in towns than just walk around and talk to people”. Sounds good to me!

I’ve been excited for the game ever since I heard it was influenced by EarthBound, Suda51, David O’Reilly, and Takashi Marukami, but I’m even more excited knowing that I’ll be playing it in under 4 months.