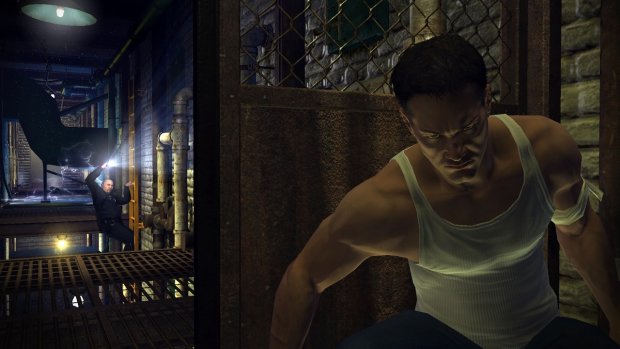 We weren’t so sure about that game based on the hit Fox show Prison Break after Brash parted ways with it, but now it looks like we may see more of Wentworth Miller and company outside of his possible role in the BioShock film. Deep Silver announced today that they would be publishing the game for consoles and PC. Zootfly will be developing the title, which has no confirmed release date as of yet.

It’s hard to say what to expect at this point, but I think it’s safe to say the game will mostly appeal to fans of the show. Who knows, I might find that prison breaks are my new favorite thing ever after playing it. You can check out some screens in the gallery, and we’ll keep you updated as we find out more about it, but are you interested in this?

Koch Media, a leading producer and distributor of digital entertainment products, announced the signing of a license agreement with Twentieth Century Fox Licensing & Merchandising (Fox Licensing) regarding the world-wide publication rights to a video game based on the award-winning TV series “Prison Break”. “Prison Break”, developed by Zootfly, will be released by the games label Deep Silver for next gen consoles and PC.

“The ingenious plots and fast action of “Prison Break” thrill TV audiences around the world, and provide the ideal basis for a video game,” says Dr. Klemens Kundratitz, CEO of Koch Media. “The game will offer the same blend of action and suspense as the show, appealing to fans of the series as well as video gamers.”

“Who doesn’t love the thrill of a prison break? It’s a great basis for any video game, but even better when utilizing the intricate storyline and colorful characters created for the Fox series,” says Gary Rosenfeld, Senior Vice President of New Media for Fox Licensing.

The protagonist of the “Prison Break” game is Company agent Tom Paxton. He is sent to the Fox River State Penitentiary to find out why Michael Scofield (the hero of the TV series), a man without a previous criminal record, became a bank robber. The storyline runs parallel to the first season of “Prison Break”: Paxton encounters several characters from the series and experiences key events from his own perspective.

The action adventure “Prison Break” has all the markings of the award-winning TV series: a compelling story, distinct characters, and fast-paced action. Using diverse climbing and stealth skills, the protagonist Paxton explores numerous locations of the series, all brought to life with great attention to detail.

About Deep Silver
Deep Silver develops and distributes interactive games for all platforms. The Deep Silver label means to captivate all gamers who have a passion for thrilling gameplay in exciting game worlds. Deep Silver works with its partners to achieve a maximum of success while maintaining the highest possible quality, always focusing on what the customer desires. Deep Silver products are designed to equally appeal to pros and beginners, children and adults.