As we told you yesterday, Epic Games has a massive expansion for Unreal Tournament III set to drop on March 5th for the PS3 and PC, called the Titan Pack. With lots of  new maps, new game modes, new weapons and deployables, tons of technical upgrades, and the screen-filling beasts themselves, you’d expect to pay at least something for all of this. But Epic is giving it away for free. And anything free these days is greatly appreciated.

To detail absolutely all you’ll be getting in this free download would take forever, seeing as how the download will weigh in at over 800mb. We’ll let you do the exploring on your own time next month. But for now, Epic Games had us out to give the upcoming Titan pack a spin, and we have the highlights for you here.

What’s new to game play in the Titan pack? There’s two new game modes, and then the actual Titan mechanic, which we’ll get into in a bit.

The new Greed mode is kind of like capture the flag, except that you’re picking up the skulls of your kills. The goal is to kill and not be killed, taking your haul of skulls to the enemy base to cash them in to amass the most points before time runs down. Should you be hit, your skull collection will fly everywhere, much like Sonic’s rings when he’s hit. It’s a fast-paced and fun twist with lot of interesting new strategy possibilities. I found myself creeping behind a reasonably talented enemy, watching him pick off the weak and build a big skull collection. And then I’d knock him off, take his skulls, and laugh all the way to the enemy base to cash them in. Good fun.

Betrayal is my favorite new mode in the Titan pack. In what usually becomes a crazy free-for-all, you and some other random player will be temporarily teamed up. Every kill you or your teammate makes is added to a pot. But know this: betrayal is essentially a death match where you’re expected to betray your teammate. When that amassed pot is large, you can actually kill your teammate with alternate fire and take the pot for yourself, increasing your kill count. There’s a lot of ways to strategize toward a win, but I found that waiting and then taking is best. Essentially, this is a game for assholes. Naturally, I won the first game we played. 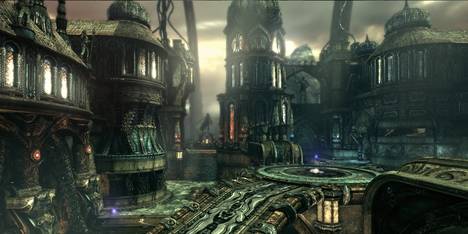 Of course, these and all other game modes are made much sweeter with the new Titan mechanic.  And I’m telling you now: if you did nothing else but play as Titans (or Behemoths), you’d be pleased as punch. As I said before, they’re a blast.

In the corner of the screen there’s a new meter which you’ll fill by killing. Once full, you can trigger the transformation into a Titan, a 15-foot tall badass that can launch super-powerful rockets and also bash the ground to knock everyone down. Of course, being this strong, you’ll become a target. But, if you should survive long enough to fill that meter once again, you’ll become a Behemoth. Now you’re 30-feet tall, insanely powerful, and can do anything. Everyone will hate you when you’re a Behemoth, but you will not care.

There’s a catch, though. Aside from becoming a primary target for the enemy, you can’t do anything but kill. There’s no carrying of flags, orbs, or anything. No vehicles, either. No weapons or power-ups, too. And when you become a Behemoth, you’ll self-destruct eventually, but that’s a good thing. The explosion is so destructive that you’ll be glad you exploded! 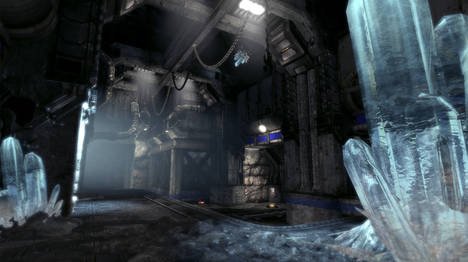 Maps: all of this madness goes down on 16 new maps. Well, it’s actually 11 new maps, as 5 of them come from the Xbox 360 versions that no one else got. There’s 6 deathmatch maps, 3 capture the flag ones, 3 more CTF in vehicle ones, and 4 warfare maps. I actually did manage to play them all. Going through them would be a lengthy exercise, so I picked out some highlights:

More goodies. Again, there’s a lot here, but here are my favorites: 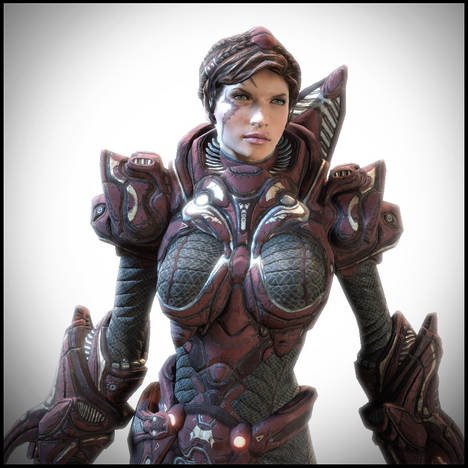 Summary: I’ll say again that the new Titan mechanic makes everything new again. It totally changes the strategy of the game, and how you’d play the maps.  There’s  also plenty of new small tweaks, affecting everything from weapons to the game’s UI. Add on Steam and PS3 trophies (57 in all), new characters, a new vehicle (didn’t get to try that out), mod browsing and split screen on the PS3, and a ton more, and you have an add-on that makes that $20 PS3 or PC game like new again.

Oh, and did we mention that it’s free?