I love physics-based puzzle games to an almost inappropriate degree. And Yet It Moves was one of my favorite games of 2010, so it should come as no shock to you that I was excited at the prospect of a game combining physics with meteorology, another one of my secret nerdy obsessions.

Storm is EKO Software’s newest game and represents what may be a turning point for a company whose works have been largely marketed towards children. That fact notwithstanding, Storm is a delightful and deceptively intricate game that I expect would appeal to just about any age group.

The premise of Storm is quite simple. Each level starts with one seed. The player must use the three weather elements, Wind, Lightning, and Rain, to get the seed to the end of the level without destroying it. There will, of course, be obstacles in your way. Giant boulders will inevitably block your route and thorny Brambles will undoubtedly tear your seed to shreds. Fortunately, you have the elements at your disposal and they provide the main vehicle of movement for your seed. 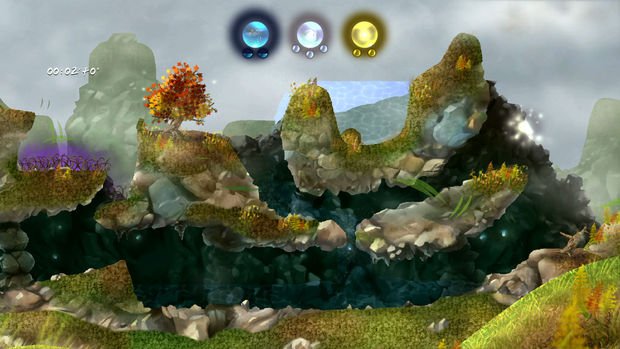 Wind is used to move your seed from left to right. It’s the only element you need to complete the first level, which will undoubtedly give you a false sense of hope as to how good you are at this game. Trust me, it gets hard. Eventually you will learn to harness the power of Rain. This will prove invaluable in floating your seed out of valleys and various holes it gets stuck in. It also extinguishes fire and creates bubbles when needed. Lightning breaks up rocks, sets grass on fire, and causes seeds to jump when hit. These three elements will provide the basic movement needed for your seed to safely reach its destination – in the beginning, at least.

In total, there are 49 levels spread out amongst four seasons. The Main Elements Wind, Lightning, and Rain, are present in all seasons, but there are also Secondary Elements corresponding to specific seasons. Tornadoes, for example, provide extra wind for moving seeds to higher ground. Snow has the same effect, but can only be used in winter. The same goes for Ice, which is used to glide the seed across tough surfaces. You can also harness the power of Bubbles, which float seeds higher up or help them travel long distances if used in conjunction with Wind. 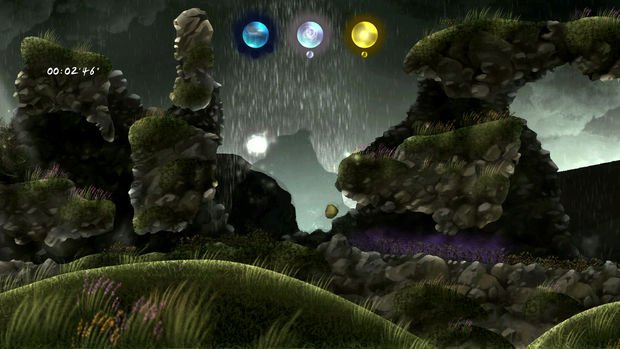 There are five different kinds of seeds in the game which add an extra level of depth. Normal Seeds are what you begin the game with; they are influenced by wind and lightning as one would expect them to be. Dispersal Seeds are hard to sink and are strongly affected by wind. Weighted Seeds, on the other hand, sink easily in water and are somewhat resistant to wind. Finite seeds die after a limited amount of time and Frail Seeds die after one too many hard collisions.

While there is no multiplayer mode, there are three singleplayer game modes. In Adventure mode, the player is free to progress in the game and unlock levels at their leisure. Challenge mode presents a timed version of the same levels, in which the goal is to increase completion time and thus, score. In Spirit mode, the player is instructed to collect special spirit orbs scatted throughout the levels in order to earn points and trophies. 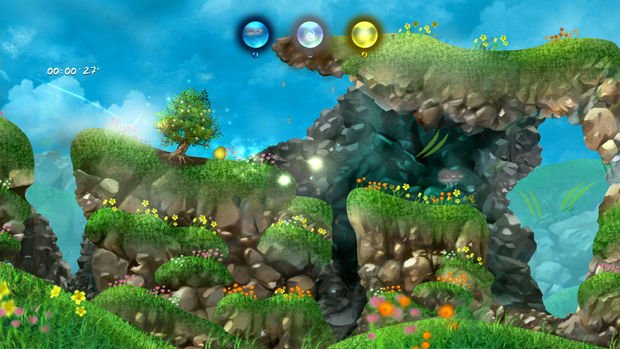 The scenery and animation are endearing, if a bit cheesy. I would love to see the scenery of this game reiterated in different art styles. Although, there is something calming and oddly attractive about the way the grass sways and the sky shines. It’s like staring at a slightly more interactive Windows XP desktop for 2 hours. And yet, I can’t look away.

All in all, Storm is a unique and charming alternative to gamers who may be looking for something a bit lighter, but still heavy on fun. The developers are still making some tweaks to the final product (the addition of bats (omg!) was mentioned in the demo) and I’m curious to see how those will improve the look and feel of the game. Either way, at $9.99 you best believe I’ll be picking this one up when it comes out later this year.