Look, I’ve never been one to snowboard. Snow is cold and wet and generally sucks in a major way, and sliding down a hill in the stuff isn’t my idea of a good time.

However, I’ve pissed away hundreds of hours playing snowboarding games, from the SSX series to Cool Boarders. Unfortunately, the genre has been mostly dead for the last few years, excluding the recent (and unloved) Shaun White Snowboarding.

Anyway, along comes Stoked, Austrian-developer Bongfish’s Xbox 360 exclusive. I hadn’t even heard about it until a few weeks ago, but it is promising a more realistic direction for the game. Think Electronic Arts’ skate on snow, with legit mountains, real tricks, and a simulation attitude for the sport. It is certainly a different approach, that’s for sure.

But now I’ve had a chance to play it. Those looking for the insanity of Amped or SSX are going to be disappointed, but there are some really cool features here definitely worth checking out.

Hit the jump to see if I was hella stoked for Stoked. 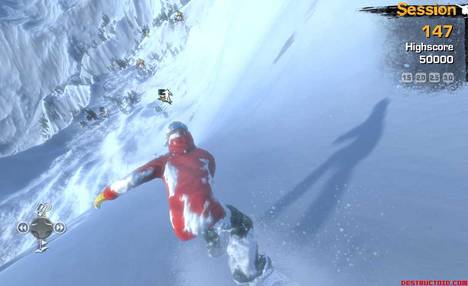 Now, before anybody starts playing, they’ve got to go to the Blue Tomato create-a-character screen. Named after the real-world board shop, here’s where gamers will create their basic dude or chick. It’s pretty standard, with options for height, clothing, facial features, foot stance, etc. You can even add an anthem that plays every time you leap out of a helicopter (I had a James Bond-esque theme) or use a snowboard (or a bikini for the ladies!) with your national flag imprinted upon it.

Once set-up, you get to hit the slopes. Unlocked right off the bat are three mountains, with a total of five in the game, with Mt. Fuji in Japan, Diablerets in Switzerland, Almirante Nieto in Chile, and a mountain each in Alaska and the Pacific Northwest. These mountains apparently are accurate recreations of the real deal, so what you board in-game, the pros board for real. Moving around to pick the drop spot, it’s apparent that these babies are huge, and literally anywhere that you see white snow you can board. Later on, you can even unlock a helicopter that lets you drop off at any point of the mountain. For people fond of SSX 3‘s full mountain experience (like I am), you’ll really dig this addition in Stoked.

Adding to the realism is how weather and time is handled. For each hour in real-world time, the game passes one whole day, and as you jump around the world to play the mountains, the time will change accordingly. So if you carve up Chile at 9 A.M. in-game, then hop over to the Diablerets in Switzerland, the in-game time will be ten hours ahead. 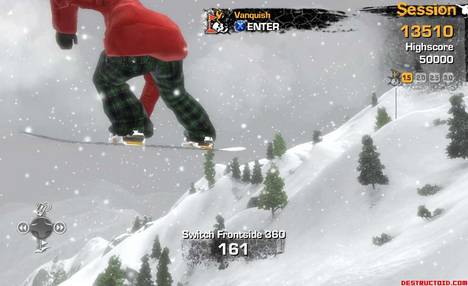 Weather, too, can and does change on the fly, and can really have an impact on how the mountain feels. Snow in the sunlight and snow in the shade will feel different, or a snow storm will powder rocky outcroppings, making new paths for carving. Hell, even the tracks made by other boarders will be faster than fresh powder. It’ll hopefully keep mountains different on each playthrough. The coolest part of this weather/time dynamic is that when connected to Xbox LIVE, every single person who plays this will share the same weather and time conditions. Designed for fair multiplayer, it seems like it’ll make for a neat sense of continuity and realism.

Actually playing the game is much more difficult than other snowboarding games like SSX. It uses a system much like skate, where the right analog stick controls hops and jumps by flicking the stick up and over. Generally, tricks are much more realistic and slower than in other snowboarding games, with spins and flips all relating to how long or far you hold the left stick. Moves aren’t pre-programmed, and grinding is all about alignment and orientation.

However, like skate, there seems to be a fairly high learning curve. Not that it’s a bad thing, but this is not a game people are just gonna jump into and bust out massive combos. Hell, playing through the tutorial, I couldn’t land the “style” 180 grab it wanted me to land, even after 20 or so tries. It was all a matter of holding the left stick only halfway over, and for only a moment, which is harder than it sounds on the 360 pad.

Thankfully, Stoked uses a trick system split between two play styles, “Hucking” and “Style.” Huckers go for tricks fast and hard, charging up and always preparing for the next point scorer. Stylists do tricks slower, but have a more refined trick style with cleaner landings. You’re going to get the same scores either way at first, but as you play, your character animations respond differently to huck or style tricks, and the game scores huckers better for hucking and stylists better for doing style tricks. It’s a neat system that creates distinct visual styles and builds around the player. 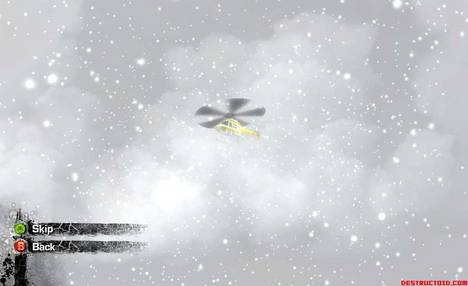 Although I didn’t get a chance to play multiplayer, I was shown how it was going to work when the game ships. Using a cell phone that pops up (similar to Niko Bellic’s phone Grand Theft Auto IV), players can jump online at anytime, with up to eight players racing around a mountain. There’s bundles of different events to play, from score attacks, races, a HORSE mode, and more. Gamers can even create their own game events, which looks like it could be a cool addition. All these modes are pretty standard, but I guess going with what works has never been a bad thing.

For me, the most exciting multiplayer mode is something called a Sponsored Event. Basically, this mode is a trick event where players compete on leaderboards representing their sponsors. As people play these events and win them, that portion of the mountain will slowly fall under control of that particular sponsor. It’s basically a giant meta-game of graffiti (you know, from the Tony Hawk series), as thousands of people work together to declare segments of mountains under control of companies like Burton or Billabong. In-game adverts and signs will reflect these changes on the mountain. Team-based stuff like this is certainly fresh, so it’s nice to see it implemented here. Finally, weekly leaderboards and changing events will hopefully keep things fresh.

Ultimately, what I liked most was Stoked’s unique online mode. Being one phone call away (literally) from multiplayer gaming, and the shared LIVE-connected continuity with the weather, time, and dynamic amongst players really blew my mind. I mean, see that rock covered in snow that an hour ago was bare? Well, it was bare for every other LIVE-enabled player an hour ago, and it’s covered in snow for everybody else now, too. Damn. With details like the solid integration of real-world shops, boarders, mountains, and gear — as well as an already impressive soundtrack (especially for Euro-trash fans) — Stoked has my attention. 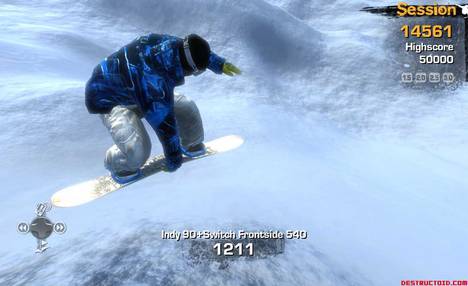 Unfortunately, I am rather concerned that the trick system is going to be too hardcore for many players. After an hour, it was still really difficult to do basic tricks. However, if Stoked can do for snowboarding what skate did for skating, this shouldn’t be a problem at all. Let’s see how it turns out when it’s released later this winter.

is developed by Bongfish Interactive and published by Destineer in association with Absinthe Films. It will release in Winter 2009 exclusively for the Xbox 360.