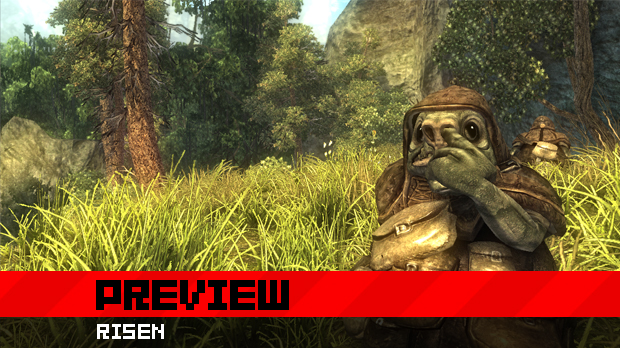 After seeing Cursed Mountain at Deep Silver’s press event, I also got a chance to spend some time with Risen, a PC/360 fantasy RPG that’s apparently banned in Australia. Before going into this, I knew about as much as we had posted already, which is to say not that much. Thankfully, all the other journalists in the room were in the same boat, so we got a nice full walkthrough on the title.

Like many in the fantasy genre, this RPG has you rise as a nameless hero from the rubble of a shipwreck to become a man of legend. Yes, I realize it sounds like Fable or any number of other stories, but when it comes to the fantasty genre, it’s all about execution.

Want to know how the game is? There’s only one way to find out. 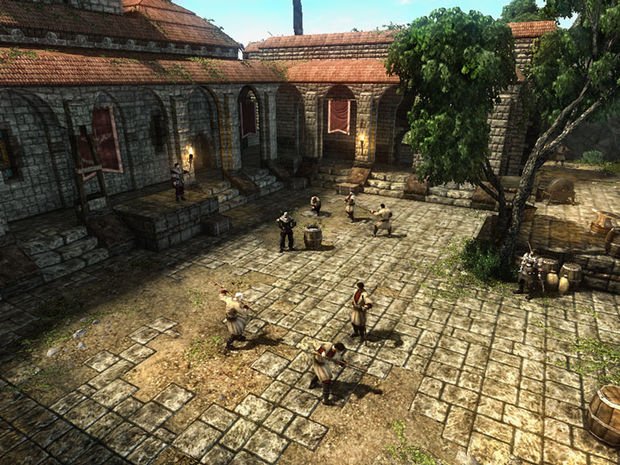 Waking up from the ruins of a shipwreck, you, the nameless hero, find yourself on the shores of the island Faranga, with your crewmates’ bodies scattered about you. Mourning is too easy to do, so it’s high time to loot the bodies and gather whatever items you can to set out on this adventure. Of course, one of them isn’t quite dead, and so you now have a female companion to follow you to the city on the island.

Getting there, you find out that mysterious ruins have cropped up all over the island, and with them a number of beasts have started roaming the countryside. Of course, the Inquisition — the police-like force of the game — have put the city on lockdown while they try to investigate. 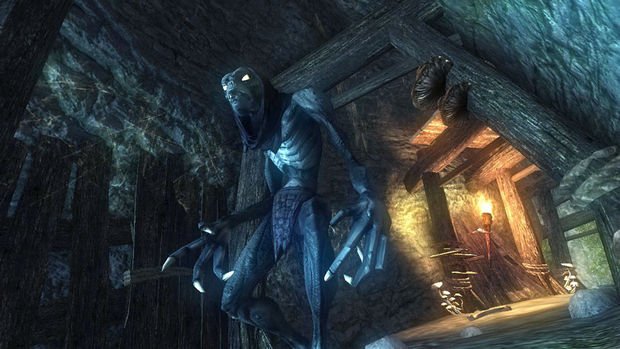 At this point, Risen opens itself up to let the player go about and choose their path. The player can join one of three guilds: The Bandits, the Inquisitors, or the Mages, and proceed on their merry way through the story. Each of the guilds offer their own sets of skills and attributes that they focus on, and it’s up to the player to craft their character as they see fit. Before you sign your life away to one of the guilds, you can sample each one, learning a wide base of skills — you can actually spend a majority of the game without joining any of the guilds, but there is a turning point where you’re forced to join one of them.

While I’m not a connoisseur of fantasy RPGs, especially Western-style ones, the feeling that most potently struck me was that this reminded me a bit of Guild Wars in terms of the look and feel of things. You’ve got a quickslot bar, like in most games, to equip your spells and potions, leaving your attacks to mouse/controller commands. There are a wide variety of tactics at your disposal, such as casting a “Joke” spell to disable a guard in a fit of laughter, or make people forget you’re wanted for murder because, hey, you seem like a nice guy. 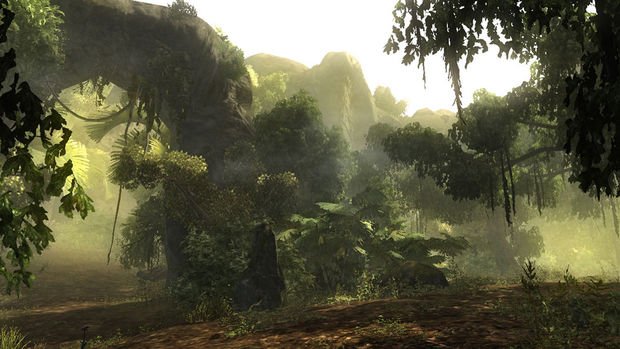 One of the things I noticed about the game during the playthrough was that its environment was extremely lush, vibrant, and varied. In my mind, I was holding this up against my memories of The Elder Scrolls IV: Oblivion, and Rising comes across as something that’s full of color, yet not on a level that’s cartoonish or whimsical. Monster designs and all that turned out well from the limited exposure I’ve had from them.

Since I’m not very big into the Western RPG landscape, my concern is how this title is going to try and attract a larger audience than the currently existing fanbase. To me, there was no apparent draw that was especially innovative in the title. It’s well-built, and that might be what they’re looking for with the title — if that’s the case, then they’re certainly on the right track. They’ve got a solid story, a good engine around it, and something that should be a fun and enjoyable experience — but if they’re looking to draw in a new audience for the title, such as people who traditionally play J-RPGs or even non-RPG players, those elements aren’t there. 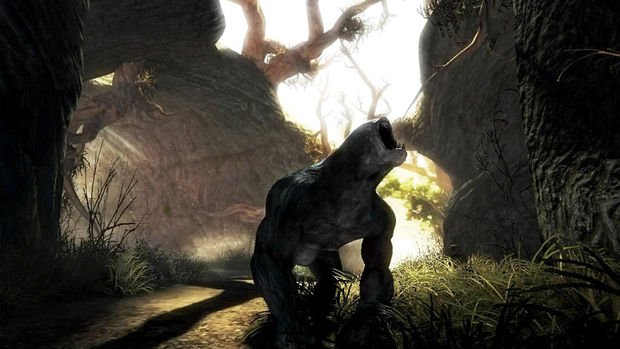 There’s still some time until the game’s October 2nd release, but as with any RPG, the real test of the game is how the combat plays for extended periods of time and how the story unfolds, develops, and draws us into the characters. Those are things I couldn’t judge from my time with the game, but I’m looking forward to getting a chance to play this title once it hits shelves.