Operation Flashpoint: Dragon Rising, is a game that acts as a pseudo-sequel to the original Operation Flashpoint back from 2001. While the studios are different, and the team behind it has a slightly different focus, the overall goal remains the same, to make the most realistic FPS on the market. I had a chance to check out the multiplayer component of the game earlier this week, and get some real hands-on time.

Is this game for everyone? Probably not, but that’s not necessarily a bad thing. Much like there are franchises like Gran Turismo contrasted by Mario Kart, something like Halo is going to need a solid, realistic contrast. That’s pretty much the direction Codemasters has taken with this game. Of course, it’s a little hard to explain in an introductory paragraph, so you might want to follow the jump to understand what I mean.

But it’s not just guns that are real. When you call in strikes, or launch a particularly nasty rocket shell, dust and smoke really do get in the way, and the last thing you want to do is run right into it. The health system, instead of relying on health packs or regenerative health, you use field dressing. The character’s body is broken up into components, and when you get shot, you’ll start bleeding, and from there you have to get to a safe spot to patch yourself up.

I’ll be real here, it doesn’t take much to die in this game, so I didn’t spend too much time healing up (instead, dying), but this component is really cool all the same. Even the running speed is a natural human trot, never that full throttle sprint you’ll see in other FPS. What Codemasters seems to have here is a slower, more thoughtful FPS. You’re always going to be on the look out for cover, and even then, you know that you’re only one shot away from being dead. 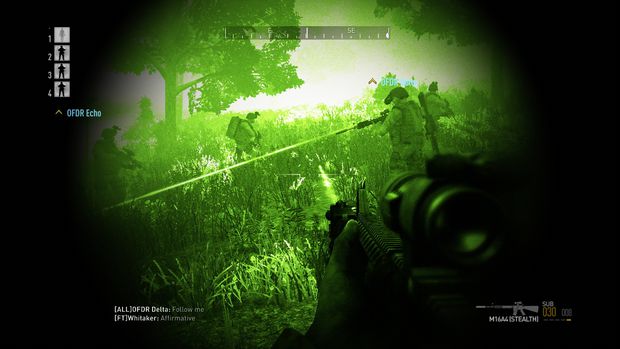 Graphically, I was at once disappointed and impressed. First, I’ll be blunt, the level they initially showed off is a full chromatic spectrum of brown. I hate brown games. Thankfully, from what the PC builds showed off, and what these screenshots attest to is that this isn’t a completely brown game. And considering the “realism” factor, I suppose Codemasters can get away with it. However, the graphical difference between the PC and the console versions was more than a little noticeable. Expect some jagged trees and grass with the console versions. Draw distances for both versions, however, were stunning, something really worth appreciating.

Gameplay-wise, it seems that since the game is designed with a slower pace in mind. You won’t be sprinting across a field, nor will you be bunny hopping all over the place. Man cannons will not be in this game. As well, the controls are fairly complex, but after a few minutes, I was able to figure things out no problem. Plot-wise, we are dealing with a fictionalized island off of Japan, and the conflicts dealing with that. While the plot of Americans dealing with Russians and Chinese over a Japanese island doesn’t seem terribly interesting, at least to me, I can tell that the dev team worked hard to make a fully realized island of Skira.

Considering this is a multiplayer event, I should mention the modes. Mostly what I played was the co-op campaign. We have the options of playing different character types, from generic solider to a medic type. I played a sniping solider engineer/sniper, which proved pretty satisfying. The three of us worked together following the compass to certain points, blowing crap up, and shooting dudes. There were some buggy issues in the build (body animations, missing enemies), but working together with a squad was fun. A solid 4-player squad across the 11 missions looks promising. This squad component is really important, as the different multiplayer modes, especially on the consoles, require the use of bots. 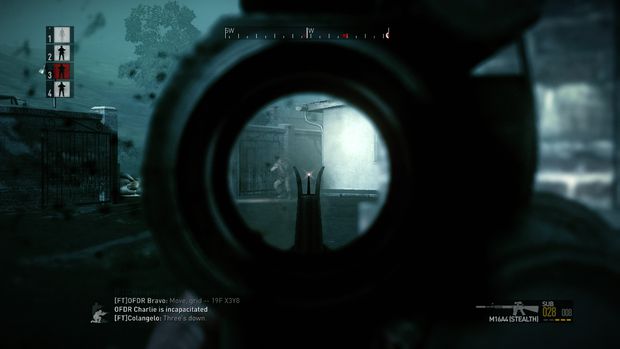 There are two main versus modes, other than the co-op. There is some major differences between the PC and the console versions, which I’ll mention here. First, there is Annihilation, where you must defeat the opposing team. On the consoles, it can only go up to 4v4, with each player playing one and ordering a squad of three. The PC version can handle a solid 32-person, 16v16 player matches. Infiltration is more of a sneaking mode, where one team holds a defensive position, and the other must take over. This too, follows the rules of 16v16 on PC, 4v4 on consoles.

What I came away with is that Operation Flashpoint: Dragon Rising is certainly not a game for everyone. It’s slower paced, much more realistic, and you kind of have to think before making an action. Some people won’t get it. However, for those that do, Operation Flashpoint: Dragon Rising holds promise, and with promised DLC of more multiplayer modes, this should get even better post launch.