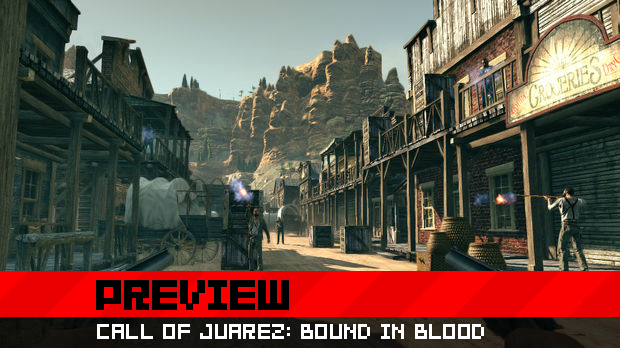 Call of Juarez: Bound in Blood is the upcoming prequel to the original Call of Juarez. The game takes place about 20 years prior to the events of the first game, and players will take control of either Reverend Ray or his brother Thomas.

That’s all I really know about the single-player portion of the game, as I only got some hands-on time with Bound in Blood’s multiplayer over at Ubisoft’s offices a couple of weeks back. The multiplayer is best summed up as Battlefield: Bad Company meets Team Fortress 2.

Hit the break for more on Call of Juarez: Bound in Blood, pardner. 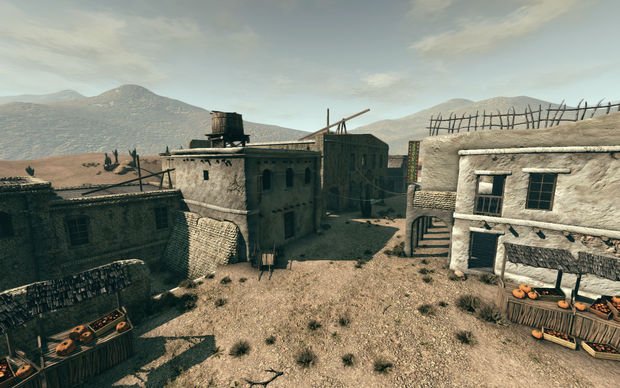 You’ll have 13 different classes of characters to choose from, and you can swap between classes at any point in a match. Five classes are unlocked from the start: Gunslinger, Miner, Rifle Man, Sniper and Native. All of the classes have different attributes and different weapon sets. For example, the Gunslinger has a pistol, shotgun and dynamite, and he can dual-wield any of his weapons. The Sniper has a single-shot sniper rifle and a pistol. The Native is a Native American with a single-shot bow and arrow.

To unlock the other classes, you’ll need to earn money in the multiplayer game. Killing others gets you money, and you’ll earn different amounts of cash based on how you kill opponents. Killing others also increases the value on your own head. So the more people you kill, the higher the bounty on your head is. 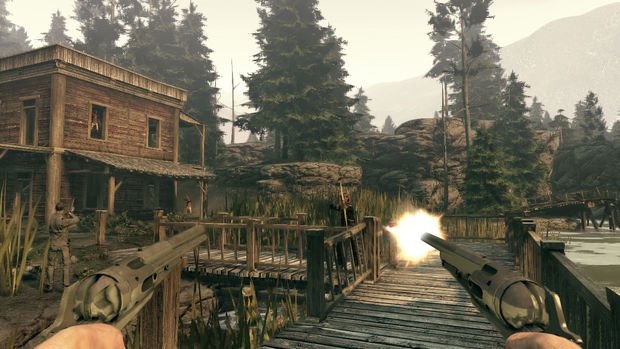 There are five multiplayer modes: team deathmatch, free-for-all, objective and two variations of VIP mode. The first game we played was the objective-based mode, which is called Wild West Legends. The objectives are different based on the map you play the gametype on, but the premise is always the same: there are three objectives that one team needs to destroy; the other team needs to protect them.

Horses are rideable by both sides, and players can shoot while on horseback. You can sprint on foot and on the horse, but you won’t be able to shoot when sprinting. Sadly, you can’t trample anyone while on the horse, but you can kill the horses! Not sure why, but it was really funny killing the horses while people were trying to use them to get away. 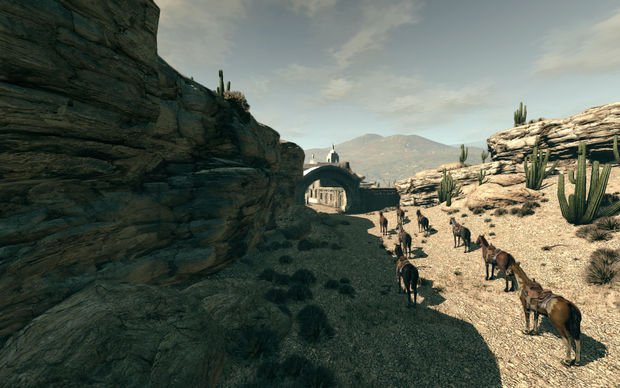 Next up was Wanted, Call of Juarez’s VIP mode. One team has a VIP that they need to protect for a full minute; the other team needs to kill the VIP to score a point. If the VIP team manages to protect their VIP for the entire minute, they’ll score the point. Once the time is up or the VIP is killed, the roles switch and the opposing team gets a VIP. This mode can be played as a free-for-all as well, where one person is the VIP and everyone else is gunning for him. 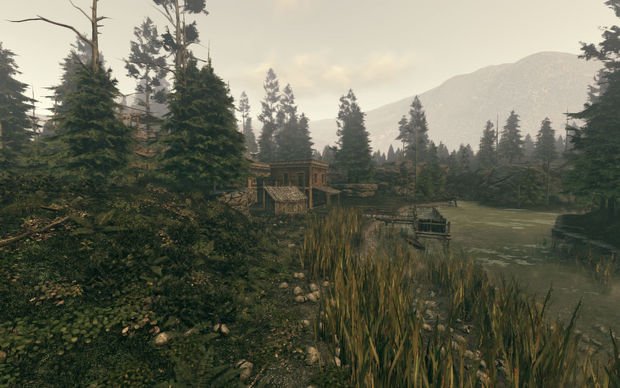 Before each match, there’s a little cinematic showing off the key points of the map you’re about to play on and what your objectives are. It’s helpful for beginners and the cinematic is skippable. There’s no mini-map, but there are on-screen indicators showing players where their team and goal are.

I really enjoyed the multiplayer. Granted, I was kicking major ass, which may have had something to do with it. I think one of the problems with the multiplayer is that there doesn’t seem to be enough. There will be ten maps, which isn’t that much to me.. Plus, the different classes don’t seem to be varied enough. Of the classes I played with, the only major advantage I saw was that the Scout was a little faster then the rest. There will be DLC, though, so maybe we’ll see new multiplayer features in the future.

I didn’t like the fact that there was no melee, either. There were a lot of times that I got up close to my opponents and my hand would twitch every time for the non-existent melee. Expect to see a lot of dynamite spamming in objective games as well. The objectives are usually confined within a room and every time a point was being charged, teams would first toss in all of their dynamite packs. Players have over six or so bombs on them when they pick a class with TNT; you might as well spam all your bombs before rushing into a room. 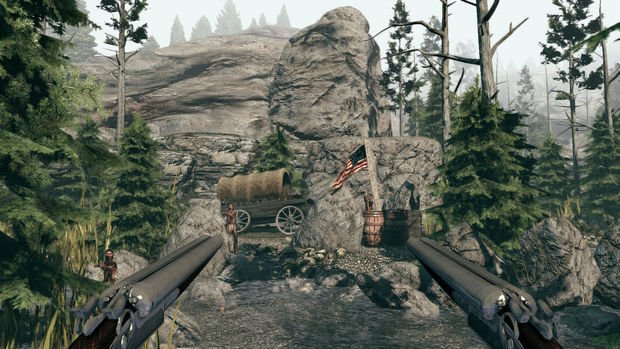 The game only supports up to 12 people online as well. Many of the environments I saw could easily have held 16 or more players, so it’s odd that the maximum is 12 players.

The controls felt pretty good and the environments were very open and colorful. I noticed a few textures pop in/out and the character animations are pretty stiff. The multiplayer runs at around 50 frames per second.

Overall, the multiplayer is fun, but I don’t see it holding people’s attentions for very long.