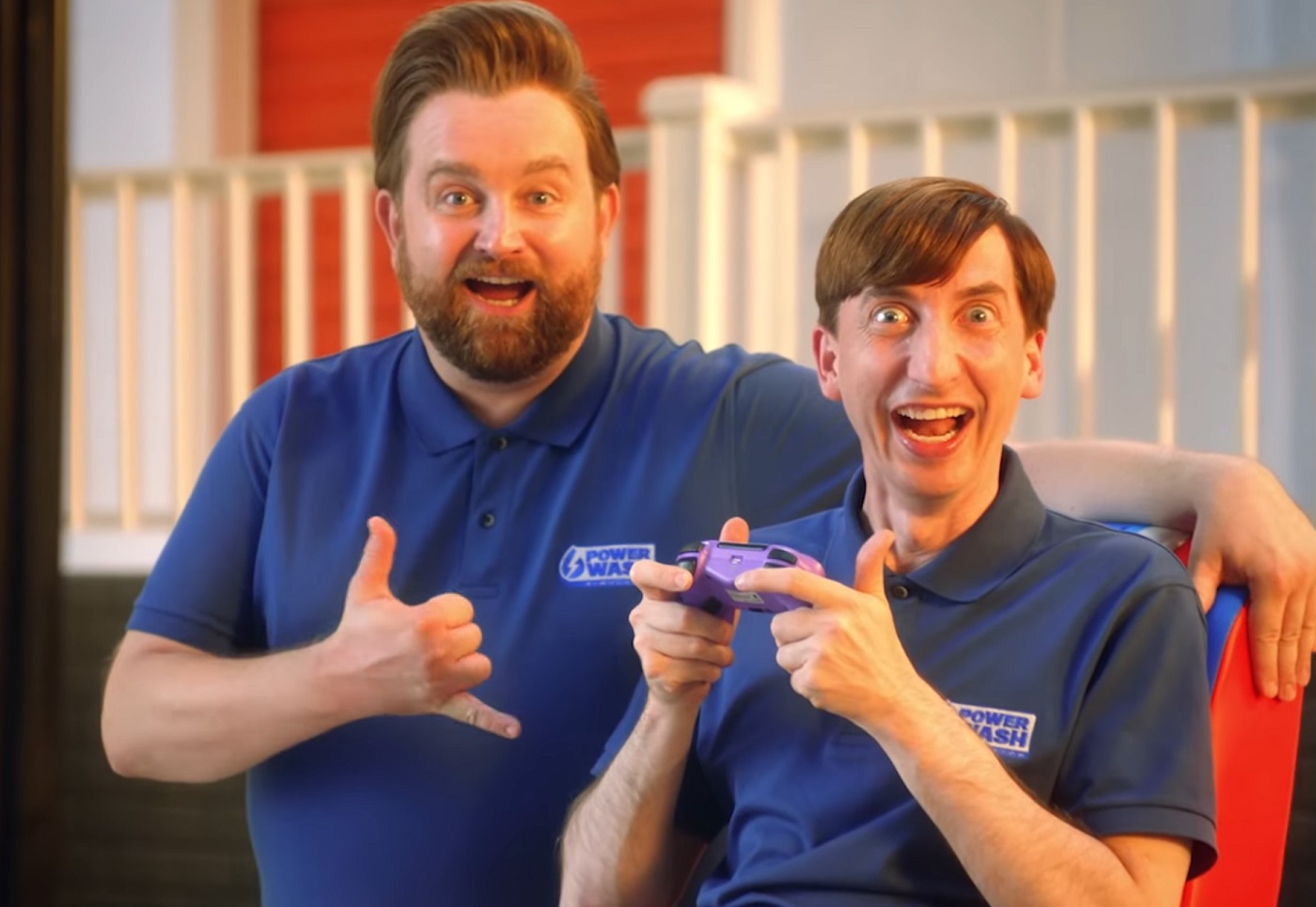 Fun news for everybody who likes to keep things in ship shape — Square Enix Collective has announced that FuturLab ultra-satisfying… shooter(?) PowerWash Simulator is currently preparing to make the world a shinier place on PlayStation and Nintendo Switch platforms. A release date was not announced.

Launching on PC in 2021, before making the leap to Xbox earlier this year, PowerWash Simulator tasks players with restoring homes, vehicles, workplaces, and all manner of locales to their former glory, blasting away dirt, grease, and grime with the aid of some supremely soothing jet-wash gear. PowerWash Simulator can be played as a stress-free cleaning sim, or players can choose to add a variety of challenges — such as time limits and finite resources — in order to up the antiseptic ante.

Players can customize the look of their equipment, and each switch out tools and attachments to deal with those particularly stubborn stains. Don’t want to wash alone, then invite along a buddy for some relaxing co-op cleaning action. PowerWash Simulator might have one of gaming’s simplest premises, but it is one that has seemingly resonated with thousands of players, with the title becoming a popular wind-down title for those looking to relax at the end of a hard day or to while away the wee hours of the weekend.

After all, why waste time cleaning your real home when you can just clean a pretend one?

PowerWash Simulator releases “soon” on PlayStation and Nintendo Switch. It is available now on PC and Xbox.