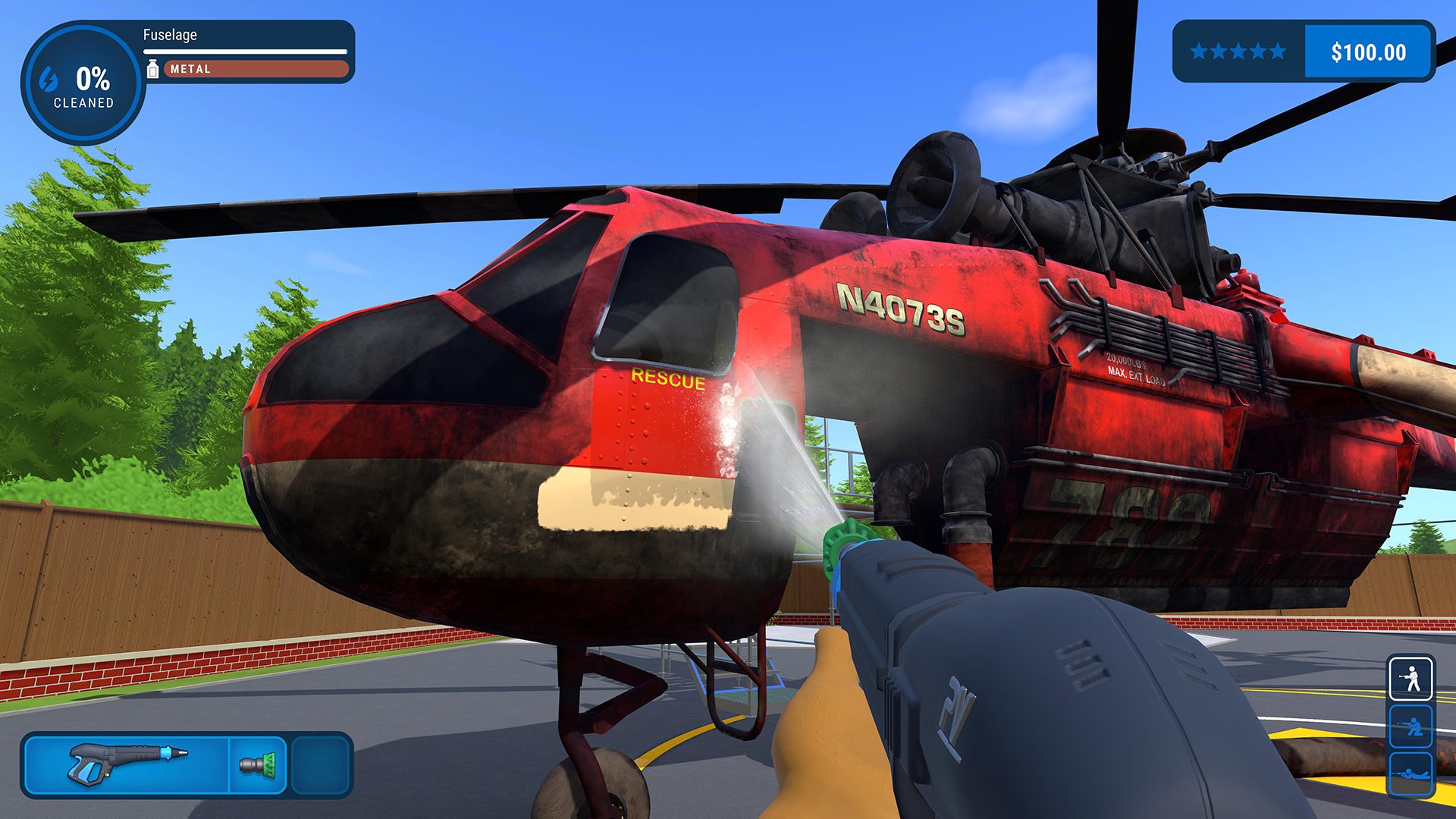 You can also go “prone” now, which cracks me up

It’s not my ideal way to approach a soothing simulator like PowerWash Simulator, but if you need that extra hook to keep you blasting the gunk away, there’s now a Challenge Mode.

To start, it’s a van that needs to be cleaned as quickly and efficiently as possible for a bronze, silver, or gold medal, though FuturLab says this is ” just the beginning” for “fun [extra] modes.” On that front, the developers “want to stress that the core gameplay focus will always be on zen cleaning but with these modes, we want to add some extra replayability to the levels.” That’s the right move, and originality can set them apart.

I like to go slow, and I like to use copious amounts of water, so I’ll sit this one out.

Challenge Mode showed up in Update 0.4 — reminder: PowerWash Simulator is still very much in Early Access, though it’s pretty fun as is — and that’s not all. More substantially, there are new levels to clean up (a fire helicopter, RV, and treehouse), a rework of the soap system, which felt undercooked and too vague before, and the ability to go “prone” if the basic “crouch” isn’t enough for hard-to-reach messes. I could’ve used that!

The best changes, though, have to do with those pesky final smudges that inevitably get missed even after you’ve thoroughly scrubbed every surface one section at a time.

As it stands, “dirt that is all but invisible to the naked eye” should be auto-wiped once it hits a certain threshold, and there’s more info to help you tip from 99% to 100% cleaned. 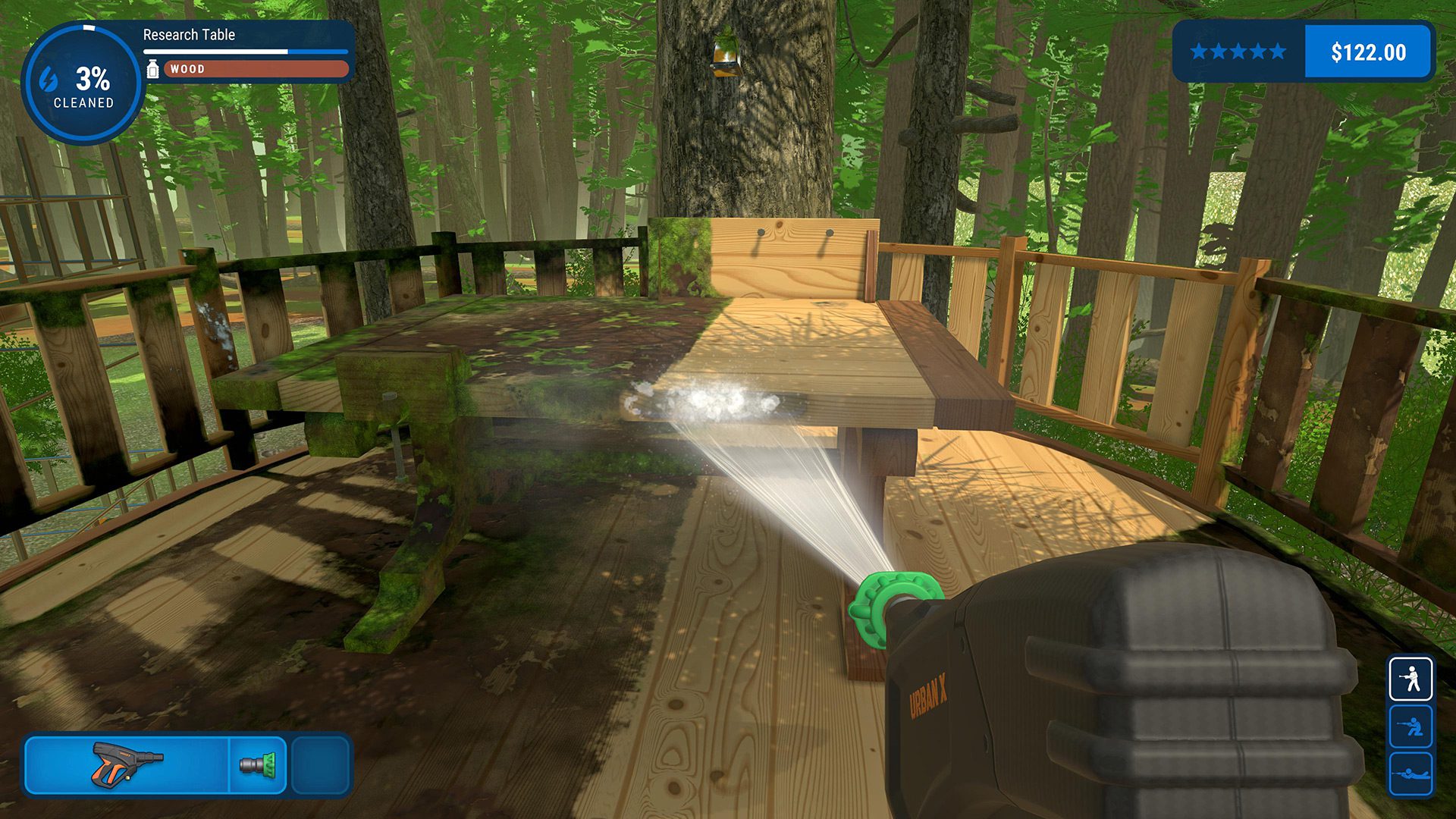 A few other notes from the update worth mentioning:

“In a future update, we’ll also be adding more FOV options and are looking at other potential solutions for controlling the washer/camera,” said FuturLab. “There’s a lot more to come during Early Access, and I want to mention that in particular, we’re looking to add control remapping as our next highest priority.”

PowerWash Simulator is the right kind of niche sim. It’s good, and I hope it becomes great. That said, I still find it amusing Square Enix of all places is publishing this game.