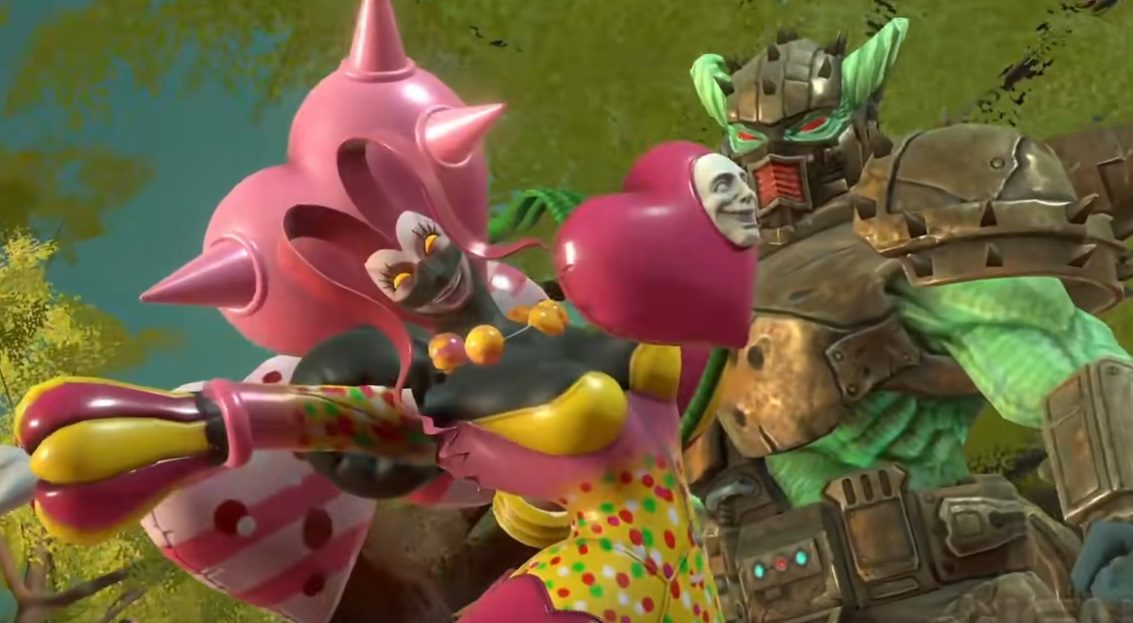 Developer nWay has released the gameplay trailer for Poisandra, the cute ‘n’ colourful psychopath making her way to tag fighter Power Rangers: Battle for the Grid. Poisandra will be the second DLC character of the tag fighter’s fourth season and launches in-game November 16.

And doesn’t she just look adorable? Poisandra is one of the “latter-day” Power Rangers villains, making her initial debut in 2015 series Power Rangers: Dino Charge. One of the four lieutenants (as well as the eventual bride) of big bad Sledge, Poisandra woos her enemies with her ditzy nature and super-cute looks, before bringing the pain via her mighty Heart Lance and hypnotical and magical make-up kit — bestowed with various powers and tricks.

You can check out Poisandra in action the trailer below, courtesy of IGN:

As we can see from this short video, nWay has gifted Poisandra with a wonderful character model that really captures the vivacious villain’s look and personality. Poisandra can perform extended beatdowns thanks to her Heart Lance, and also uses her charms, (as well as an array of explosive desserts), to keep the combo rolling. Should the brawl become a little too much to handle, Poisandra can even call in an assist from her man, Sledge. The trailer also debuts a new Megazord, Gravezord, who will be added to the roster of selectable assist bots.

Poisandra is one of the most unique looking and charismatic Battle for the Grid characters to date, and will be joining the game years after its release. While most certainly not the biggest or best fighter on the market, fighting game developers would do well to learn a lot from Power Rangers: Battle for the Grid. While the flashy fighter might not have had the most stellar of launches, nWay’s support and continual evolution of its release have been nothing short of exemplary, putting many larger titles such as to shame, at least from a dedicated, fan-friendly standpoint.

And this is all before Her Highness arrives…