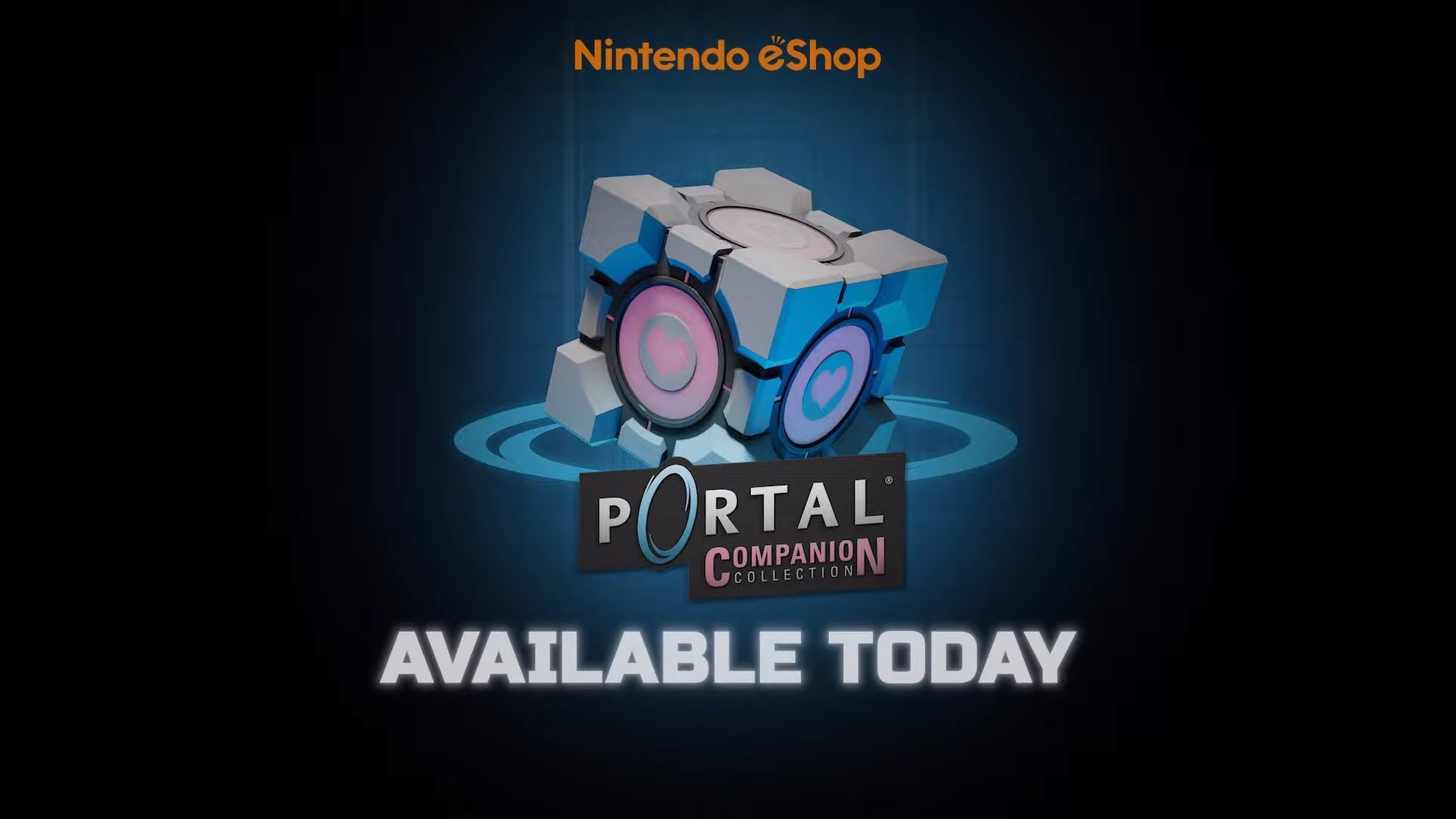 As part of this morning’s Nintendo Direct presentation, it was announced that the iconic, smash-hit puzzle platformers Portal and Portal 2 are hitting the Switch platform in the form of Portal: Companion Collection. Even better news, the irreverent, brain-teasing title will land on the eShop today!

Portal Companion Collection compiles 2007 hit Portal along with its 2011 follow-up — the two classics are freshly repackaged for their release on Nintendo’s hybrid console. Return to the terrifying Aperture Science Enrichment Center and utilize the power of physics, gravity, and portals to guide our hero out of her cell, out of the system, and out of the hazardous clutches of the scarily sentient overseer, GLaDOS.

Combining dark humor, genuine pathos, and some fantastic lateral thinking shenanigans, the Portal games became instant classics upon release and have only welcomed more disciples into their twisted coven in the ensuing 15 years. Already available on practically every platform under the sun, this new compilation of two of gaming’s finest and most beloved puzzlers will allow Switch players to set their heads fizzing and spinning whilst in bed, on a commute, or simply out and about. Just watch your step.

Portal: Companion Collection launches on the Nintendo eShop today for $19.99.