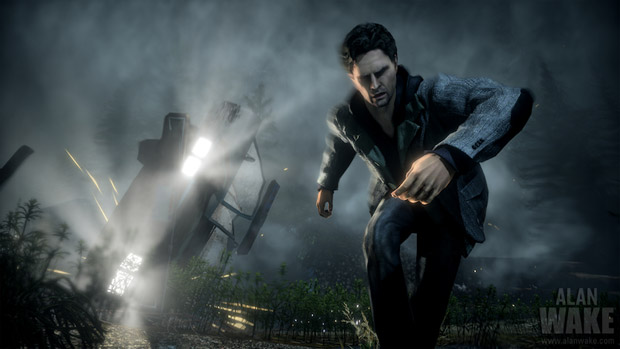 Horror/thriller game fans, it’s been a long wait. During the last E3, when it was announced that Alan Wake would be ready in time for a spring 2010 release, I was just happy to hear the game wasn’t vaporware.

But now, I’m no so sure. This has been such a painful wait — we deserve something more specific than a broad time frame. If what a source told MCV is correct, the game may see a worldwide release in May.

What’s more, the site was told Alan Wake will be promoted “in the style of a Hollywood movie.” Considering the game’s television show-esque structure, that sounds plausible.

Usually for games like this, you’ll hear people say “as long as it’s good, it’ll be worth the wait.” Generally speaking, I subscribe to that viewpoint, but come on. It’s been, what, nearly five years now? Let’s go, Remedy!