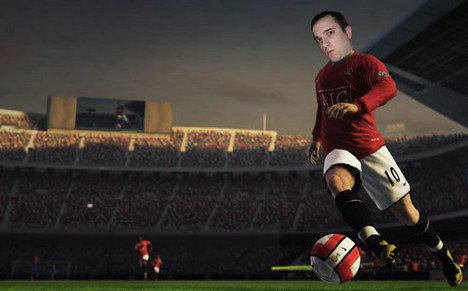 [Editor’s note: NihonTiger90 talks about how playing as himself in videogames help keep his dreams alive. — CTZ]

Dreams, we all have them. Some are way far out there and some are very realistic. Over time, they can kind of get lost or shot down, mostly because situations change and expectations change along with them. I’m no different; many of my childhood dreams have either come true (going to Japan, for example) while others have not (still not the best Mario Kart player on planet Earth or even close). For the most part, my dreams have kind of taken a backseat to reality as I’ve grown up, realizing that I can’t do everything I wanted to do.

But videogames have helped keep one of my dreams alive. The dream that maybe, someday, I can make it a living as a soccer player. And it’s a story that, perhaps, I share with other people. 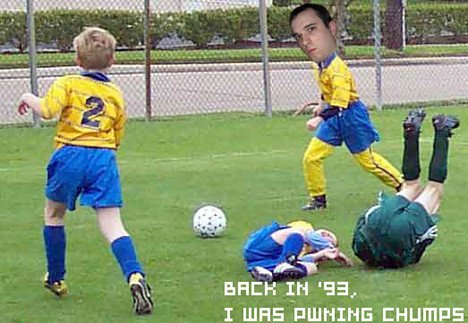 As a young boy, I grew up with dreams of playing soccer. Most kids played for a few years, then quit to go play baseball or do something else. A lot of kids got forced into it by their parents and quit, including both of my sisters, though I admit they were, at one time, just as good as I was. Things changed around me, including a move out to the countryside, but while I got bored with most things I had grown up with as a child, two things stayed constant: videogames, and more importantly, soccer, which I kept on playing at ever chance.

I never stopped until I hit the brick wall known as collegiate soccer. I wasn’t good enough to play with those guys, apparently. I tried out and failed, and that was it. I took that dream, put it in a little box high up on a shelf, and went to work on a dream of being a well-known and acclaimed writer, a dream that sadly seems to be headed for the same said box high up on a shelf.

Sadly, today, I’m just a copy editor at a newspaper in Ohio. But in Fifa 09, I am the bone-crushing, play-stopping defensive juggernaut for the Columbus Crew that I’ve always thought I could be. Though I sometimes moonlight as a 5’9” running back currently in his seventh season in the NFL, I’ve pretty much stuck to the sport that’s played all around the world. In the time I’ve been playing the Fifa series, I have had to restart my career a few times, but I’ve won World Cups, MLS titles, traveled the globe, played in the English Premier League and on one occasion, made David Beckham look like a total tool. And I did it all from the comfort of my living room. 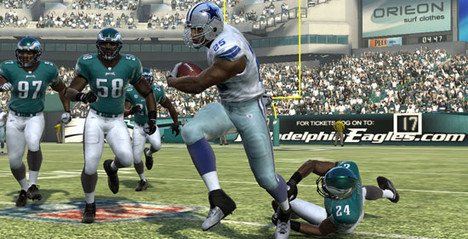 That, really, is the underlying beauty of those EA Sports games. It’s the reason people really buy games like Madden or any of the NHL games (I’m looking at you, Samit Sarkar and his Tweets about his virtual self on the New York Rangers). Most of us will never get to be pro athletes or step onto the field of combat, whether it’s injury, a lack of athleticism or sheer bad luck. These games let us live out our little sports dreams, to be what we’ve always wanted to be without anyone telling us we can’t do it. You want to be the starting everyday shortstop for the Boston Red Sox? Boom, done. Want to throw down in the ring against the likes of Bernard Hopkins? Sure thing. Want to dunk on LeBron James’ stupid little head in front of a sold-out Quicken Loans Arena during the NBA Finals? Yes you can.

Sure, some people will simply say I’m living out a fantasy or that I’m too lazy to actually to go play outside, but the odds are stacked against me. I live in a country where half the country hates soccer as “that faggy Euro sport” and would rather watch cars drive in circles for four hours instead. Though I’m lucky to be in a state with one of the best-supported soccer teams in the U.S., even in the face of Ohio State athletics. And my story is surely no different than those of others, like the kid who might live in Alaska who always hoped of being able to play college football but was too far away for the scouts to see, or the man down in Florida who would be playing baseball right now if he hadn’t been in that car accident that screwed up his ankle. We play in the digital world because we can’t do it in the real world. There are too few spots for too many who want to fill them. 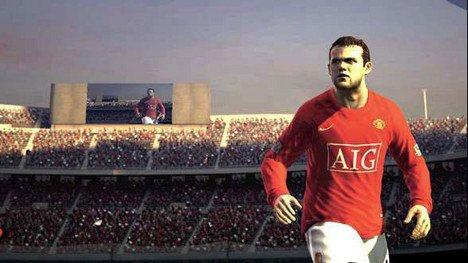 But more than anything, having that reminder of soccer around has kept my love and my dream alive. It’s a constant reminder of what I said I wanted to do when I was younger … well, after I said I wanted to be a dinosaur. And a race car driver. So many times I’ve just wanted to give up and think I could never do it, but every time I play Fifa and see my little virtual self running around on the field, I get this feeling that I can compete with the best in the world if I truly put forth the effort. Or at the least, the best in MLS.

Being able to keep my dream alive has been inspiration enough that I have been regularly checking the Crew’s site as well as that of the Cleveland City Stars, and when either team decides to announce that they’re holding open tryouts, I’m going to go for it. Even if I fail horribly, I don’t care, because in the end, it’s all about that dream and believing in it. And in no small part, videogames have helped keep the dream alive.