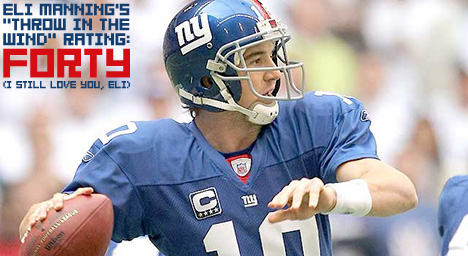 Every year, the Madden ratings are the subject of much discussion and controversy among gamers and NFL players alike; both groups tend to have strongly held opinions on how they turn out. You can bet that Randy Moss is going to have something to say if his SPD (speed) rating isn’t somewhere up above a 95, for example.

But like videogame review scores, Madden ratings have been subject to some inflation. Just like a 7/10 for [insert publication/site here] might be a 5/10 on Destructoid, players’ attributes in the videogame franchise have artificially been kept high because of their ranges (for example, in Madden NFL 09, the route running rating for a wide receiver could be as high as 99, but only as low as 62).

That’s all being changed for Madden NFL 10. EA Tiburon has “stretched out the ratings,” as game designer Donny Moore put it. The team is calling it “a new philosophy,” and it really seems like it’s going to significantly improve the quality of gameplay that Madden provides. Basically, the lower limits for ratings have been dropped — this year, the WR route running rating can range from 35-99.

A major consequence of this can be seen in the precipitous drop of an “average” player: “Your Joe Average linebacker who was 80 OVR is now dropped down to 70.” Just like when 1UP switched over to giving games letter grades instead of numerical ones, Madden NFL 10 is going to force gamers to completely rethink attributes. I imagine that there will be some controversy when the full ratings are release later this year, but we’ll have to see.