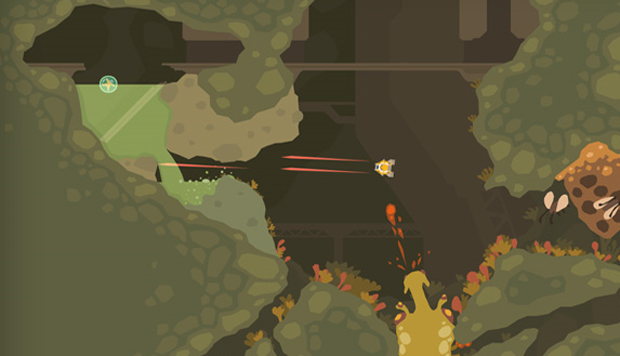 We already knew that Q Games had some high hopes for the unnamed game currently called Pixeljunk 1-4, and they have been doing some major teasing about the game on their Facebook page, but we finally have some solid details on what the gameplay will be like (check back later today for our full preview of the title).

Not unlike a little Atari game called Lunar Lander, Pixeljunk 1-4 will put you in control of a spaceship which must prowl the darkest depths of caves to rescue lost explorers. It’s not just a search and rescue mission though — there are also puzzles to solve and gravity to fight, hot lava to avoid, and bosses to hack through. Can’t wait to get my hands on it!

Q Games have announced an official competition to name the game, which runs through May 11th (Japan time) and will net you a spot in the credits as well as a t-shirt. To enter, go here and check out some screens of the game before you cast your vote. I do not think Q Games would appreciate some of my suggestions, but I may try entering anyway. Gonna give it a go?