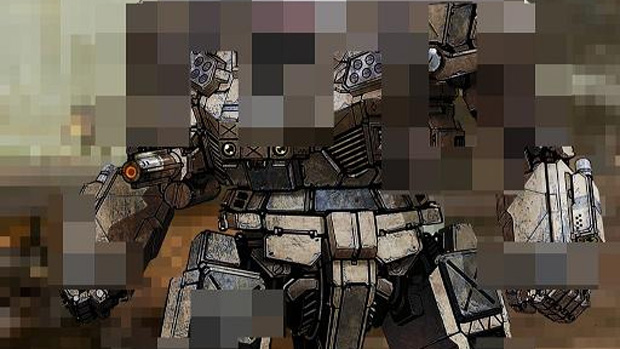 According to Twitter account @InnerSphereNews, that is — a viral feed for the game. Fragments of an image of a mech without a warrior were released over the last couple of weeks, and Eurogamer pieced them together for a better view. German site Areagames has an even larger image; what a magical time we live in!

I was randomly wondering what happened to Piranha Games’ MechWarrior game a few months ago, but at the time developer’s website only shoved ads for Duke Nukem Forever in my face while its contact page didn’t work. After 10 minutes of scouring the site and its source code, something else on my monitor started blinking and I never looked back. It was probably a cat image.

It’s good to know there is still some progress being made with MechWarrior, because those Clans don’t destroy themselves wth PPCs you know? It better have some single player campaign(s), though, because after finding out Hawken was a multiplayer game, I had just given up on single player mech action altogether.