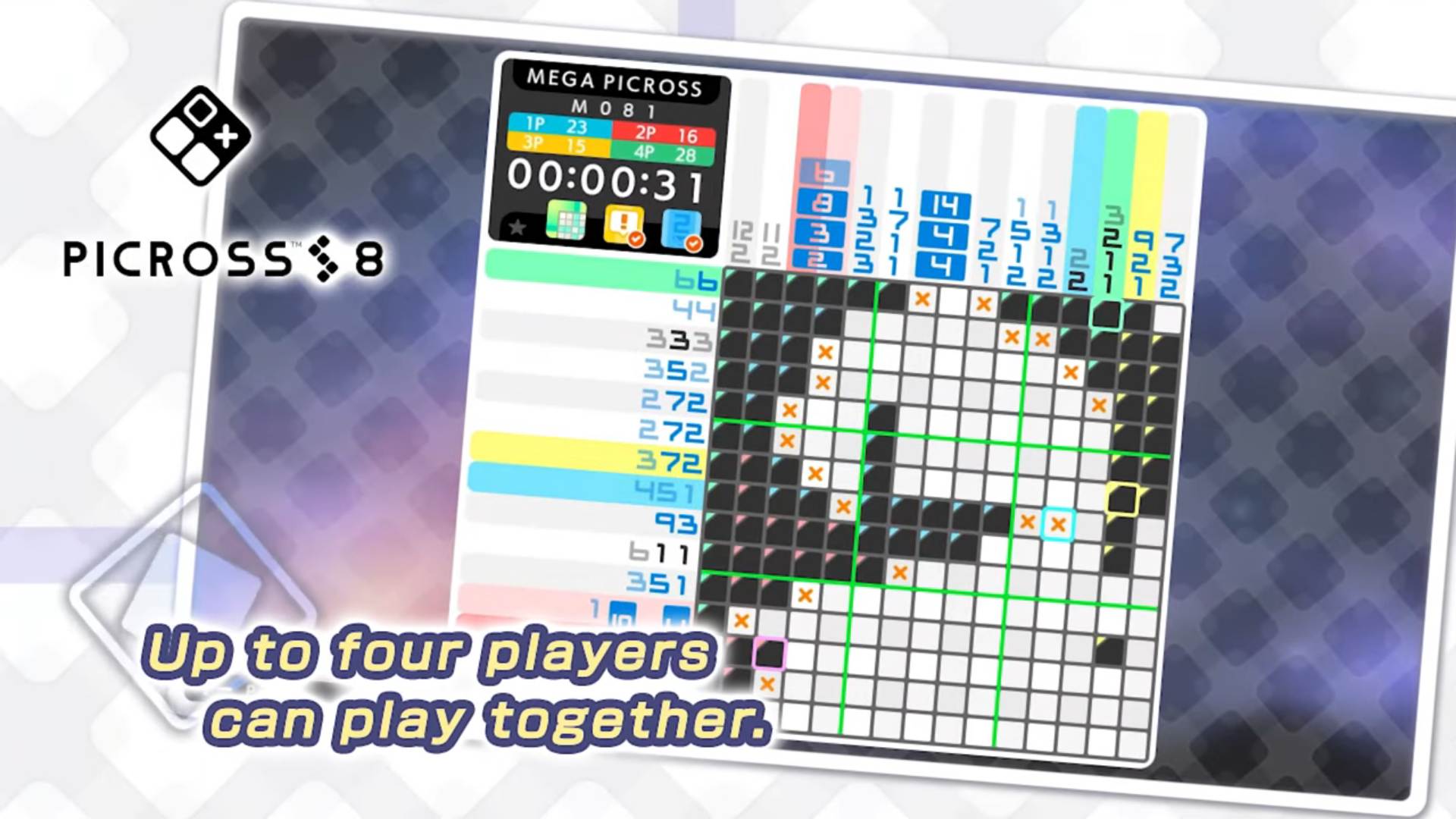 ‘Tis the season for more Picross

Jupiter is back to bring some more Picross action to the Switch. Picross S8 has been announced for the Nintendo Switch, arriving on September 29 with a cool feature: four-player co-op.

In Picross S8, up to four players will be able to co-op solve Picross puzzles on a single Switch. Each player will need their own controller, but you can use single Joy-Cons for each person if you’d like.

Seeing it in action can feel almost bizarre. Different colored bars and crosshairs jaunt around the board, and it looks like players rack up points for their correct guesses.

For me, Picross is often a solo exercise of light brain puzzling and the good feeling of getting a guess right. It fills the same space as logic puzzles or sudoku. But I can see how, especially with the big boards, it would be fun to get a bunch of people in. Plus, it would probably make teaching a family member or loved one how to play Picross pretty easy.

Of course, on top of the new feature in co-op, there is plenty of Picross to tackle. 300 Picross and Mega Picross puzzles are included in Picross S8. There are also 150 Clip Picross puzzles, 30 Color puzzles, and five extra puzzles. That total count is 485 puzzles, if you lost track.

Linking play data from Picross S4, S5, and S6 also unlocks three Extra puzzles. It is a chance for even more Picross to uncover, either with friends or all by yourself.

This marks the eighth Picross S entry on the Switch for Jupiter, and the studio has become pretty good at rolling these out at a regular pace. Just like the seasons change and leaves fall, a new Picross is probably around the corner. I’m still waiting for the day we get another Picross 3D, but I’m always happy to have some new puzzles on my Switch for my next long stretch of travel.