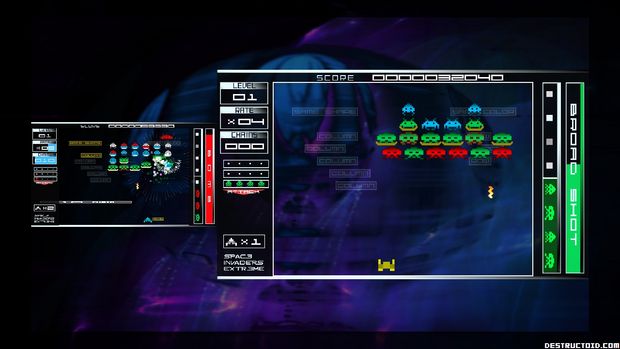 The hot-ass Space Invaders Extreme that was released on Nintendo DS and PlayStation Portable last year is coming to Xbox LIVE Arcade. That’s good news, so if you have any of those party horns lying around, now’s the time to blow on ’em.

The craziest new mode of bunch is Survivor Mode. Here, each player gets his or her own screen, lives, and score. You’ll be able to collect invaders in a “stock box”; shooting a passing UFO will send the invaders over to your opponents screens. Mayhem ensues, friendships are broken.

There’s at trailer of it in action after the jump, with some thumping Space Invaders Extreme club music and sound effects. Because bass is extreme.