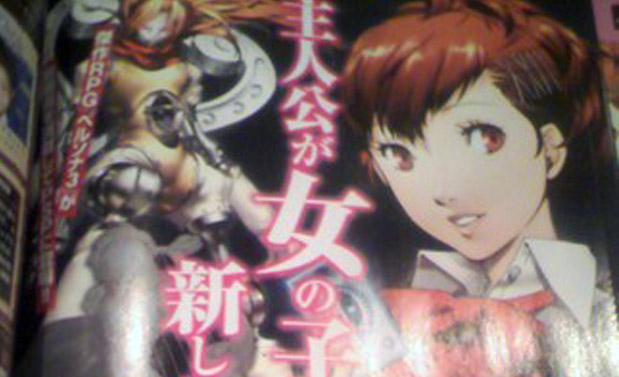 Persona 3 is going portable, jumping from the PlayStation 2 to the PSP. This was confirmed in the latest Famitsu, who also says that there will be a new main character — a female. In the scan, you can see this main character as well as what appears to be a female persona. We’re with Siliconera in saying that this looks like a female Orpheus. I don’t know what all of this is about, but I hope a sex change was not involved.

So that’s great: a portable Persona 3 is coming, following up the excellent (and upcoming) Persona 1. But where the hell is Persona 2? I’ve been daydreaming of getting both parts of the Persona 2 story on one UMD. I think they’re holding out on us.

As far as Persona 3 Portable is concerned, there’s no other details or release dates. I’d say that you can be pretty sure that Atlus USA is going to pick this one up for us.

[Update: Phoenix Gamma sends us a second scan. It doesn’t tell us much, but it looks cool! I see the telemarketer guy in there. Oh, and Coffeesash made us this P3P logo based on the scan.]

[Update 2: Destructoid’s Unloved Krow sends us a new scan, this time showing both the male and female main characters. Also, a release date of November 1st is given for Japan.]

[Update 3: Kotaku reports that you will be able to control all your party members manually.]