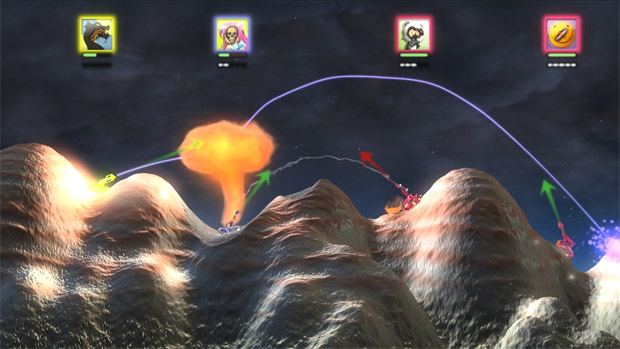 In the past, a good percentage of Xbox LIVE’s so-called deals have been pretty crummy. But for the rest of this month, the Deal of the Week promos are surprisingly good. Don’t believe it? Keep on reading, good sir.

Easily the weakest of the bunch is Fable II‘s “See the Future” add-on, which of course is the first deal. Thanks for trying to make me look bad for trying to make you look good, guys! Brad wasn’t fond of the DLC, but if you think you might be, it’s going down to 400 MS Points on November 23.

Next up is Peggle for 400 Points and Death Tank for 800 Points — both sales are happening during the week of the 23rd as well. And finally, Sonic the Hedgehog 2 closes this month off on November 30 for the low, low price of 240 Points. Now that’s more like it.

Since it seemed like no one played Death Tank around the time of release, allow me to recommend that game. It’s like a real-time Scorched Earth, and fans of Worms will want to check it out for sure.