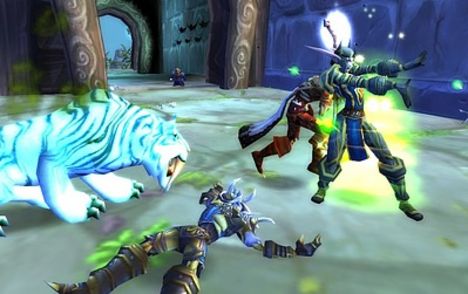 Despite what you may have heard, PC gaming isn’t really dying. Sure, the consoles get all the attention and as well they should. But the niche market of the PC is still very alive and very strong. Hell, even I have returned to PC gaming again thanks to games like Company of Heroes and Command and Conquer 3. Looks like I wasn’t the only one to remember what PC gaming is like; from the NY Times:

Anita Frazier, an industry analyst for the NPD Group, a market research firm, noted that in the first two months of 2007, domestic retail sales of PC games reached $203 million, a 48 percent increase over the $136.8 million in the period a year earlier. She noted that these figures do not include revenue generated by PC game sales online, or online subscriptions to play PC games.

How have your gaming habits changed? Have you seen a return to PC gaming for yourself?