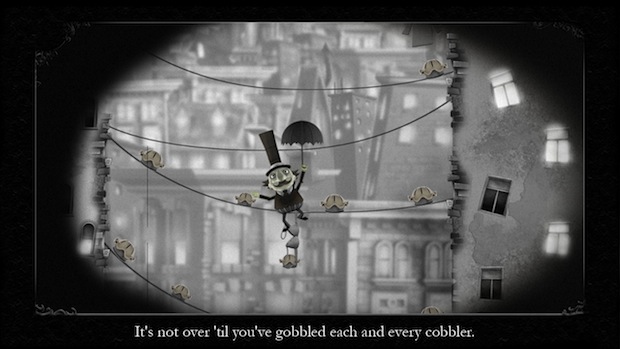 Making pies is Cooking Mama‘s domain. But snatching them, well, looks like it could be The Odd Gentlemen’s thing. As promised, the Misadventures of PB Winterbottom is now live on Xbox LIVE Arcade for 800 Microsoft Points.

Presented in black and white with a heavy touch of delicious piano clank as its soundtrack, you’ll steer PB Winterbottom through a mixture of “75 unique” puzzles, most of which are probably time-based. You see, the squat protagonist has eaten a special pie that gives him the ability to fiddle with time. So think Braid, and then think beyond its mechanics, and you have a rough idea of what Winterbottom brings to the table.

We’re sure more than a few of you are excited for this release. If you bought early, what do you think so far?