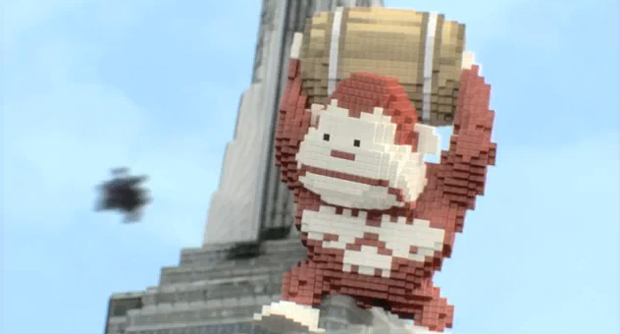 “Pixels” is a short film which popped up about a month ago featuring classic game characters breaking out of a television and wreaking havoc through New York City. It was pretty damn cool. So cool, in fact, that Adam Sandler’s production company, Happy Madison Productions, has partnered with “Pixels” creator Patrick Jean to develop a feature film based on the concept.

According to Heat Vision, Happy Madison is currently in talks with Columbia, with whom they have a “first-look” deal. The plan is to create an action-comedy using the idea of game characters breaking into the real world.

Happy Madison’s films are hit and miss with me. More on the miss side, frankly. Still, it’s certainly nowhere near the worst idea I’ve heard for a film in recent memory. Paint me cautiously optimistic at least until they have a screenwriter attached.