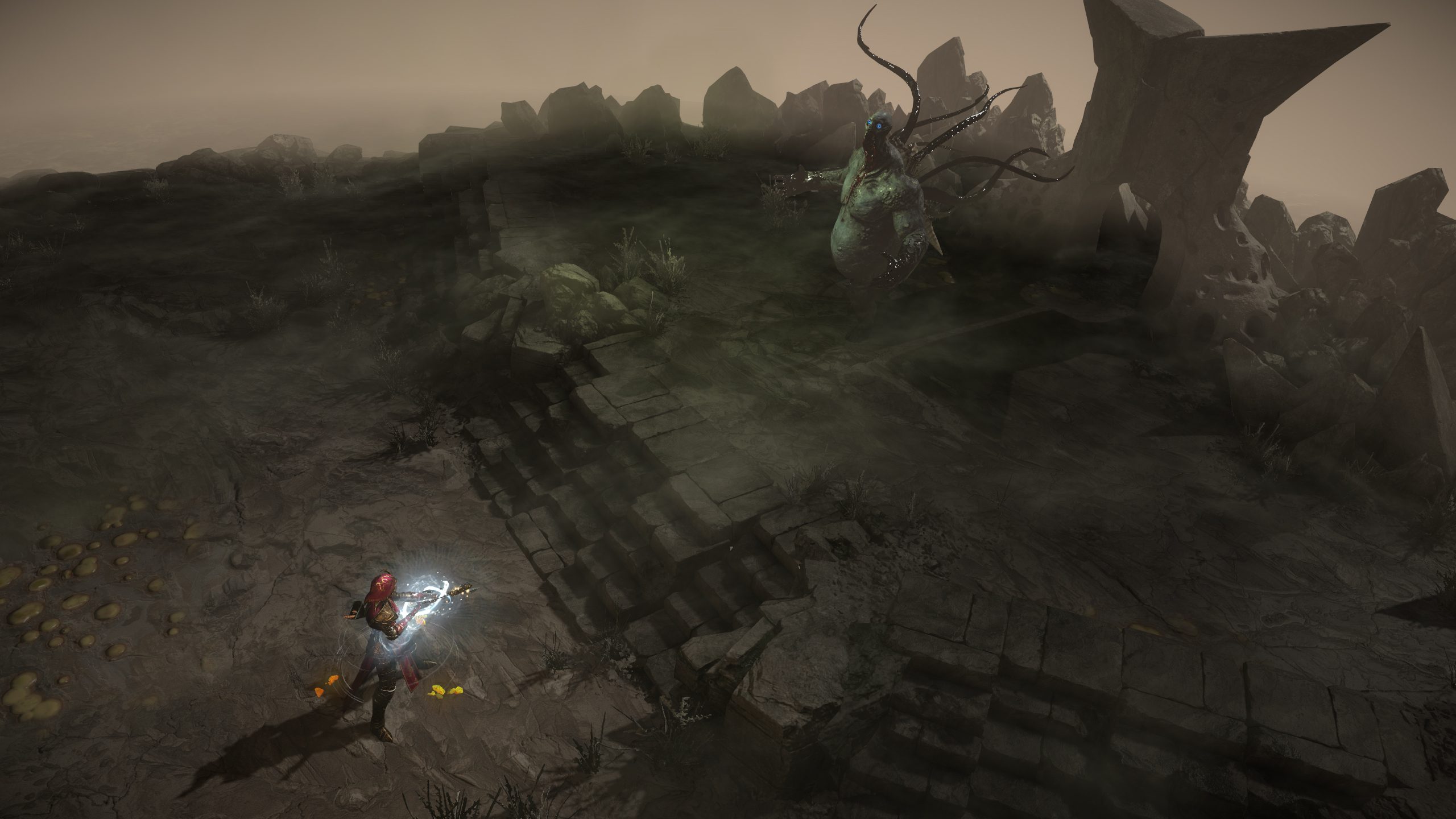 And I couldn’t be more excited

After a brief delay, we are now just a week away from the next update to Path of Exile. The Scourge league is coming to a close, and the Siege of the Atlas and Archnemesis updates are primed and ready. For those unaware of the schedule, every three months Path of Exile updates to a new league, bringing in new mechanics alongside things like new items, gems, and balance changes. Occasionally, like this update, developer Grinding Gear Games (GGG) also includes an expansion-type update that shakes up how the game is structured.

Next week, the Siege of the Atlas expansion will change how the “map” system works in Path of Exile, while the Archnemesis league will introduce new mechanics for players to toy around with. The balance patch notes show a lot of buffs alongside expected nerfs to the strongest skills from the previous league. Currently, players are rushing around to find out which build they will start at the beginning of the league, and theory-crafting potentially broken combinations given the newest information.

For newer players, the biggest thing to focus on is the Archnemesis league. This will introduce a way to customize monster mods on rare monsters in each area, making them harder. A play off of an earlier league called Nemesis (which also added mods to rare monsters), now players can pick up items that both increase the difficulty of a rare monster as well as the rewards upon killing it. There are shrines in each zone that hold rare monsters, and players add their mods and release the monster to fight it. The mods and rewards will then stack for future monsters, making each additional Archnemesis encounter exponentially harder.

It looks like an exciting way to customize encounters and allows players to sort of “choose” their difficulty with the mechanic. Leagues like Ritual, Ultimatum, and even Scourge allowed players some agency over how they engaged with the mechanic and when to bow out, which is always much appreciated. Perhaps the best news is that, while only four of these Archnemesis shrines may be used, there will be more than four per zone, so hopefully there is no backtracking to find that last monster shrine that you missed. I see you and I appreciate you, GGG.

If you get to the early endgame of maps, all you really need to know is that it is now much simpler to progress, hooray! But you’ll also have a brand new passive tree to parse…

In Siege of the Atlas, we've removed the concept of Atlas regions entirely. This means we're saying goodbye to Regional Atlas Passive Trees and hello to a single gigantic Atlas Passive Tree. pic.twitter.com/wDBgsVbOKX

For seasoned veterans, the “atlas grind” has been completely revamped, and looks so, so much better. As someone who hated socketing watchstones (by looking up a guide) and repeating so much specific content in a specific order, the new atlas system looks so much more freeform. Conquerers are gone, and replaced by two big bads: The Searing Exarch and the Eater of Worlds. Each also has a sub-boss, The Black Star and the Infinite Hunger, respectively. Regions are gone, and both the layout and progressing through the atlas itself are now rather straightforward.

As for the new atlas passive tree, holy cow! I really loved the atlas passives per region before, but didn’t love that they were exclusive to their region only. This removes that contingency and makes them atlas-wide, so players can finally specialize in certain types of content in the endgame! Finally, I can stop pretending like I know what’s happening with Jun and focus more on things like Ritual and Harvest.

We'll announce our Siege of the Atlas expansion in just one week. In the meantime, here is another unique item you may discover in the Atlas! pic.twitter.com/erT9w1Oofg

Some of the new items are absolutely bonkers, as well. Or at least, I think they are? Sometimes it feels like you need a Ph.D. in order to actually understand the implication of some items, or even how they work in the first place. Thankfully, the devs at GGG (specifically, Mark) are very responsive on reddit and clarify many things that the community doesn’t quite understand or the nitty-gritty details of concern. You know, making sure we know that “modifiers don’t change how much they modify things based on how many things they are modifying.” Thanks, Mark. It all makes sense now (it actually does, which is an achievement in and of itself).

Path of Exile is already a notoriously difficult game to get into, and adding another passive tree isn’t quite helping. But this tree is only for those who reach and continue to push the post-story system of maps, and those people are quite excited due to the amount of customization this new tree offers. Ultimately, this league offers a lot of great changes that new and veteran players can look forward to. The week leading up to the new league is always tough to suffer through, but planning out new builds and feeling the community vibe during this time never gets old.