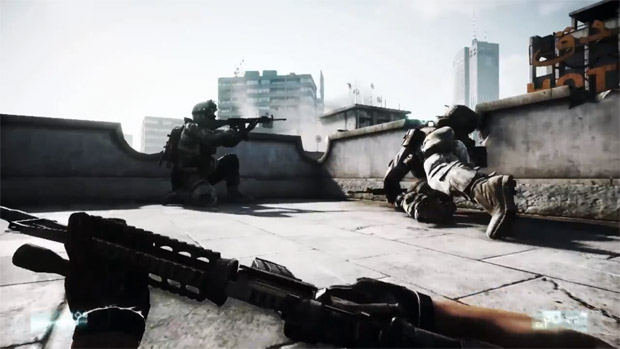 Here is part two of the Fault Line series of videos for Battlefield 3. In the first installment, we saw some nicely-rendered military men walking around, talking, and being shot at.

I’ll happily admit that showing off the game engine isn’t doing a whole lot for me, since I’d rather see the overall improvements to the Battlefield formula being made — improvements that have been talked about publicly by DICE — than the game’s visual fidelity. Going to be a while before that happens, I’m sure.

But yeah, sniper shooting at you from an adjacent building? Blow it up with a rocket launcher! Yes, the entire building!