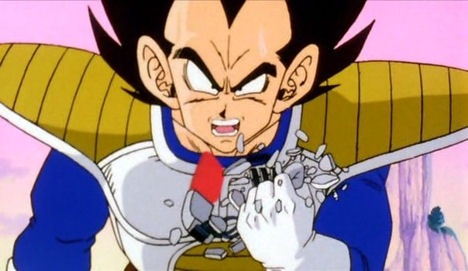 As I unofficially mentioned in the announcement for our Alone in the Dark contest, the contest to win a Dragonball Z-themed Xbox 360 (along with a copy of Burst Limit and DBZ swag) is due for a deadline extension. The deadline now rests at July 18, meaning those who have not yet done so can spam the CBlogs until another Destructoid regular calls me a douchebag.

If you are unaware of the rules, here’s a reminder — using whatever tools you have at your disposal, recreate the famous “Over Nine Thousand” scene from Dragonball Z, which became iconic thanks to Kajetkun’s notorious video, and which Hamza lamented the butchering of in DBZ: Burst Limit. Post it in the Community Blogs with the title “OVER NINE THOUSAAAAAAND,” (A’s can vary) by July 18 and I will select the one that makes me laugh most.