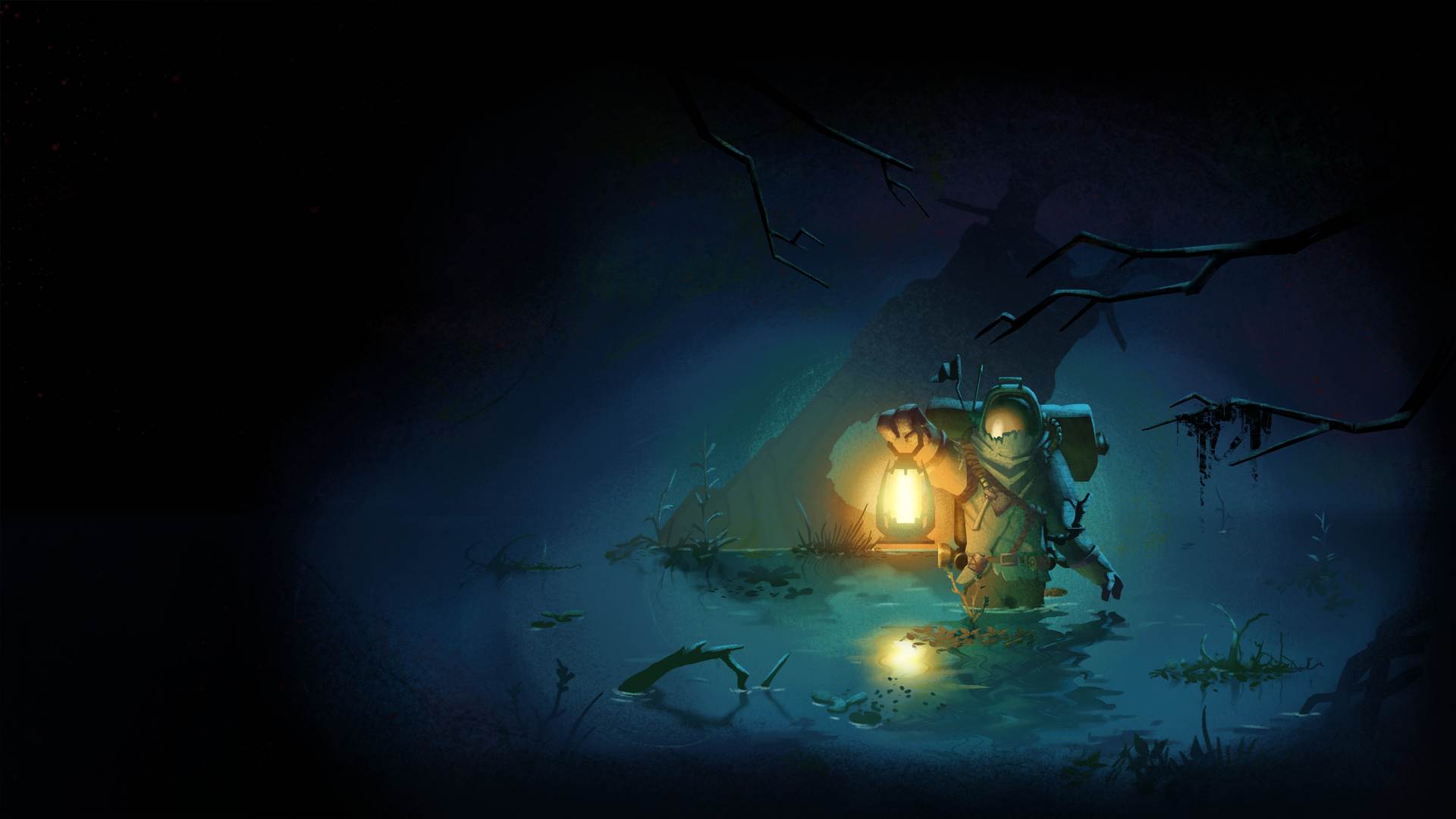 Don’t be afraid of the dark

Outer Wilds was a brilliant game that felt very self-contained and whole. Its solar system, filled with unique and fascinating planets, all work together in harmony, so the idea of adding more to it just raises more questions. How can Echoes of the Eye, the new DLC out today for Outer Wilds, fit into that system?

As it turns out, it fits in pretty well. I’m about eight to nine hours into playing Echoes of the Eye and still working on solving its larger, grander puzzles. But it feels like a solid, significant addition to what made Outer Wilds great, and it works within the universe surprisingly well.

It’s at this point that I should be clear that discussing a game like Outer Wilds at any level beyond the most surface-level description will entail some amount of spoilers. I’ll be avoiding detailing anything like major puzzle solutions or explaining how certain mechanics or “laws” of the DLC function, but if you’re worried about knowing too much, here’s the short version: I really enjoy Outer Wilds: Echoes of the Eye. It’s a good addition to Outer Wilds, with some really clever new ideas and some genuinely breathtaking moments, with only one small aspect of it detracting from the whole experience.

If you enjoyed the base Outer Wilds, you’re more than likely going to enjoy solving the puzzles of Echoes of the Eye. But if you’d like to know a little more, read on.

In true Outer Wilds fashion, even after installing Echoes of the Eye, you’ll still need to find it. Or rather, start pulling on the conspicuous thread that developer Mobius Digital leaves hanging for you to tug on.

A new exhibit in the Timber Hearth museum will kick that off, leading to a fun puzzle that felt like a warm-up for what’s to come. After putting it all together, you’ll embark to a new area, that’s both within the solar system of Outer Wilds and its own separate, discrete area.

All of what I’ve seen so far of Echoes of the Eye takes place here, in this singular area. While still subject to the same loop as the rest of Outer Wilds, meaning you will still be looping back to waking up on Timber Hearth whether you die or run out of time, it’s fairly easy to get right back to where you were—helped out by some systems in the ship. 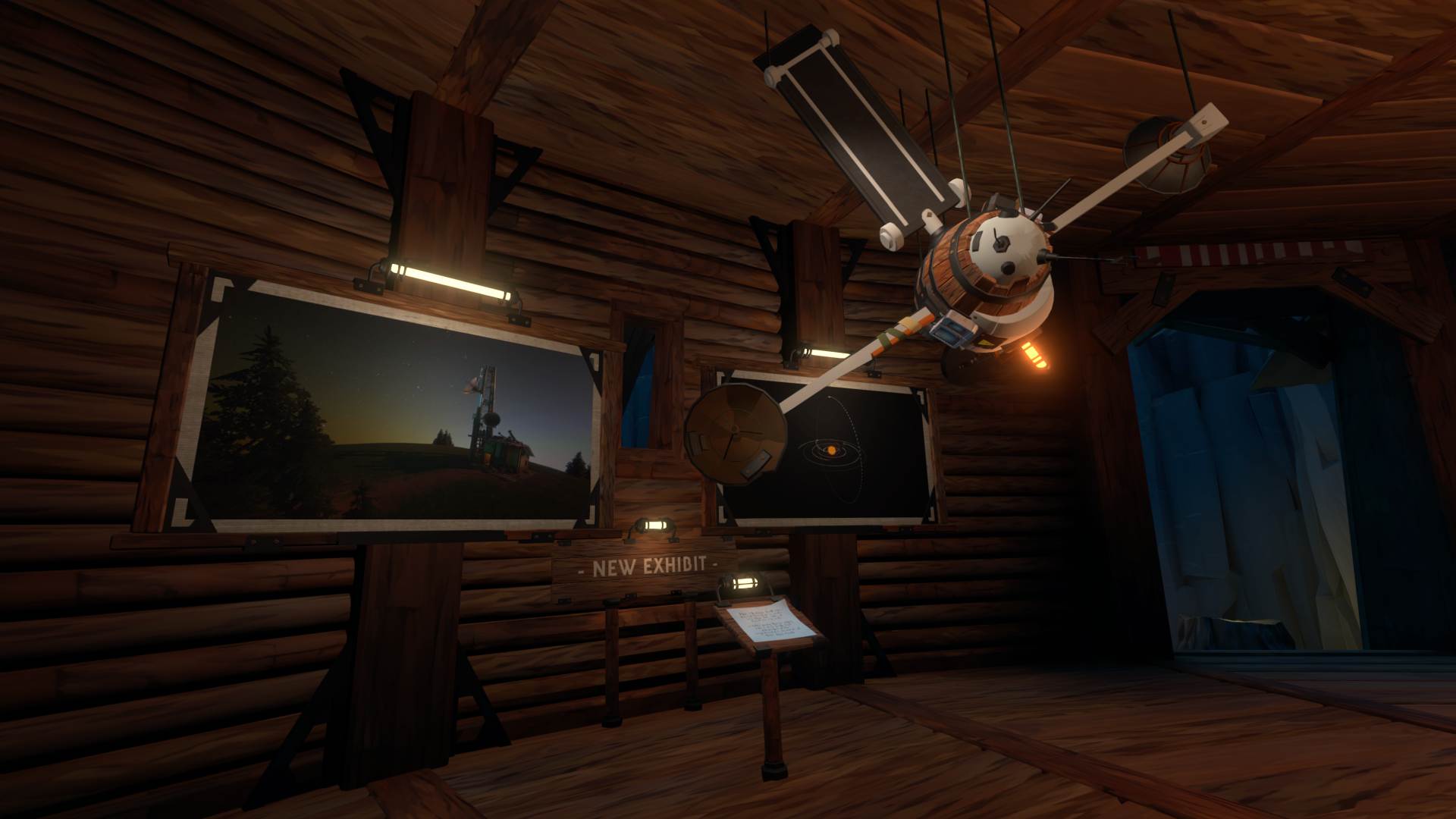 This new area to explore in Echoes of the Eye is also its own system, that has mysteries to uncover and time-activated events that can shift perspective and create new, interesting problems to deal with. At first, it can seem almost overwhelming; it’s definitely stuffed more to the brim than other Outer Wilds locations, and because all of it is centered on its one area, it can feel a bit more dense to piece out and solve than a planet like Brittle Hollow or the Hourglass Twins.

Echoes of the Eye‘s new area is also gorgeous however, with the first time I landed and stepped out onto it creating moment after moment of sheer surprise and wonder at what I was seeing. That luster takes a while to fade too, and new ways in which you start to understand the space and ways you can alter it just add more on top. This is a surprisingly packed area, with a lot of puzzles to solve and ancient lore to decipher, separate from any current mystery you might have solved.

Echoes of the Eye also makes clever use of perspective and light, in ways that really surprised me. Ship flying skills and tools like the scout launcher are only required in a few situations that I’ve experienced, as most of my problem solving has come down to thinking about what I can see, what I have already seen, and how to think along the right lines to understand what I need to know to move forward. Every puzzle solution has felt natural, spurred on by in-game hints and storytelling, and even after spending a loop just bashing my head against one problem, I still felt like I was progressing at a smooth and regular pace, gradually picking apart the workings of the DLC. 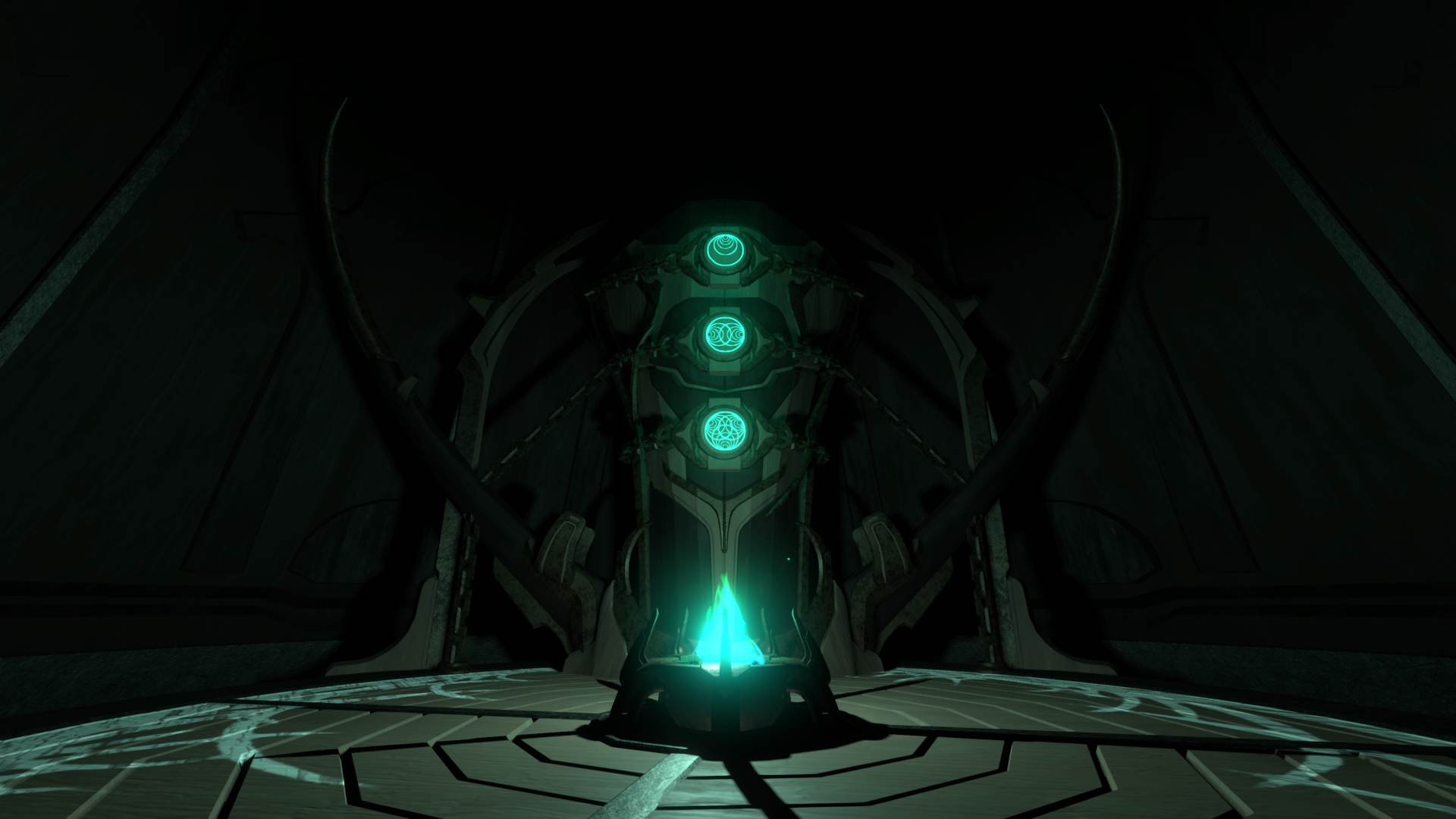 My one wrinkle so far has been that, for all the ways Echoes of the Eye fits right into Outer Wilds and carries forward some of its best thinking in terms of puzzle design and clever solutions, it also includes “stealth” as part of it. Those who have braved the Dark Bramble in the base Outer Wilds have an idea of what’s in store, and after putting a fair few hours into Echoes of the Eye, it’s been my one continued point of frustration. Even though it’s effective, and even at times quite scary, it might become a headache that may wrinkle the experience for those who aren’t into it.

That said, Outer Wilds: Echoes of the Eye has been a delight to pick apart and solve thus far. As I said before, I’m about eight to nine hours in and still trying to solve the greater mysteries of this DLC—think of it less like a new planet, and more like a new mini-mystery all its own. It has its own style, its own lore and history to discover, and it takes Outer Wilds to places that are simply delightful to uncover all on your own. 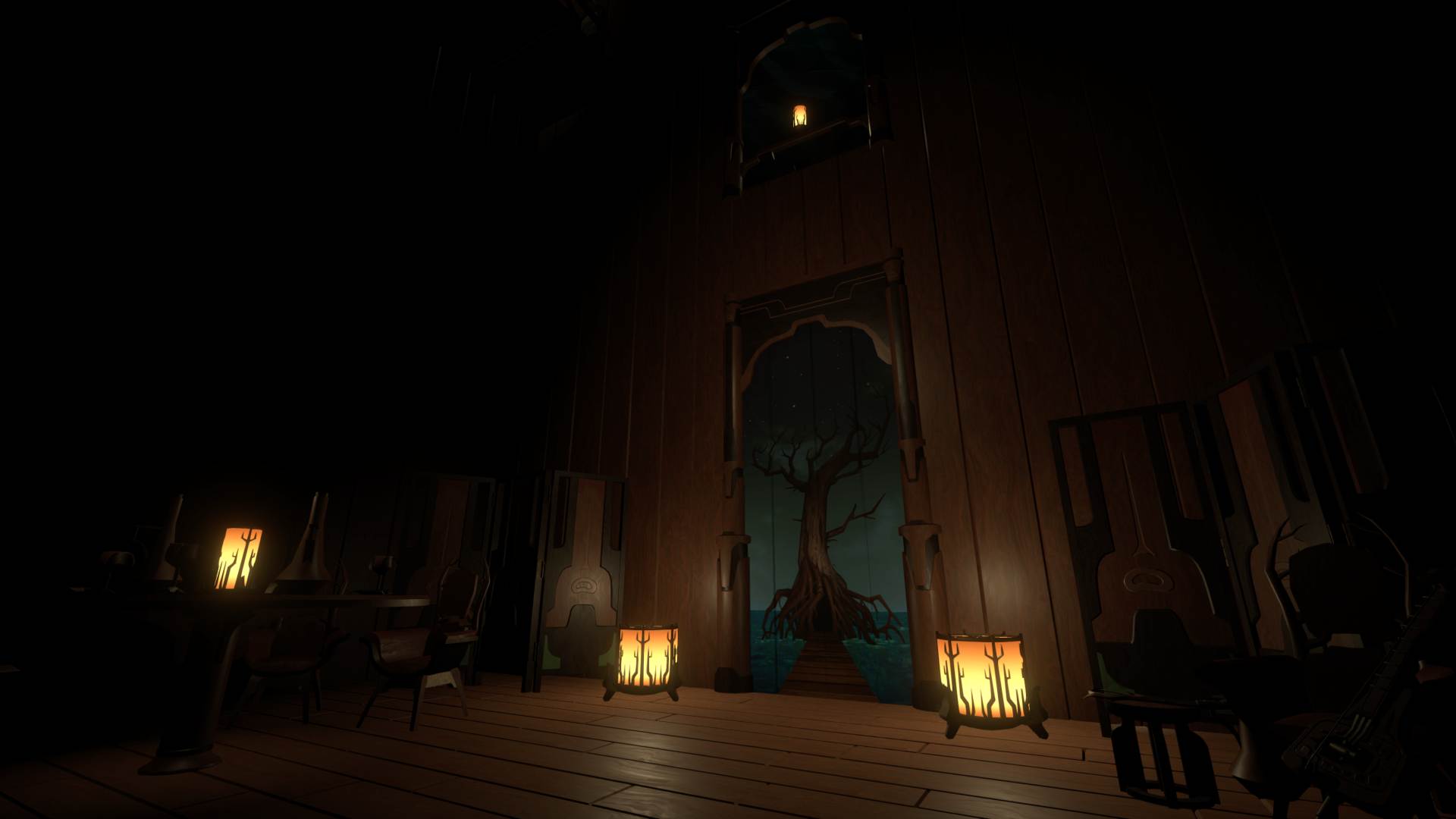 I’ve also yet to see how it ends up fitting into the broader system of Outer Wilds that is still chugging along outside the designated area. But It’s sparked a lot of the same joy of discovery, sense of adventure, and towering highs of “a-ha” moments that pulled me into Outer Wilds in the first place.

If you similarly loved the base game, there’s really no reason to skip out on Echoes of the Eye.