If you think about, thinking up a completely new world is a fairly straightforward task. Sure, doing it right requires hours of planning, the creation of an entire history for the world and so on. But perhaps the most monumental task can be found right here in our own world: how do you make our world feel new, genuine and exciting?

We’ve seen our world, well, for a long time, and it’s perhaps the great curse of our time that not much seems to change. We look out the window every day, and the world looks just like it did yesterday for the vast majority of us. However, this rule can easy be broken in videogames, as it was in Fallout 3. Sure, the idea of setting a game in a post-apocalyptic world isn’t entirely novel, but Fallout 3 succeeds in making it feel more like our world than ever before. How do you make our world interesting? Just break it.

Why does this work? Mostly, it’s morbid curiosity on our parts. I don’t think any of us hopes that we’ll experience a radioactive wasteland, but that doesn’t stop us from wondering what it would look like. And when it’s an atomic wasteland consisting of some of the most famous landmarks in the United States, we’re even more curious. What would the capitol look like if it were missing chunks from the dome? What would it be like to take a dip in a radioactive version of the reflecting pool? Somewhere in our consciousness, we have always wanted to have these questions answered, and Fallout 3 succeeds in providing those answers. 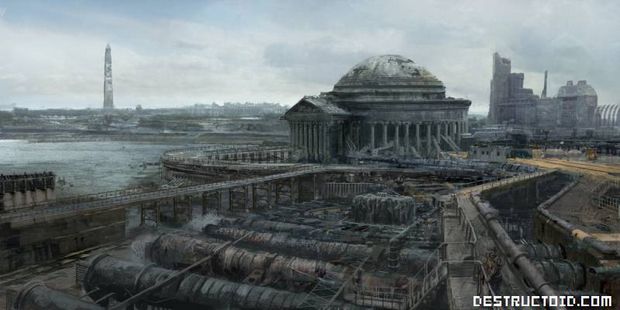 A great experience for the player can be created though the combination of historical or known worlds, which makes both worlds feel completely new. This is another way in which Fallout 3 succeeds. Surprisingly, the most convincing combination here is brought about by the licensed soundtrack. The world of the 1950s is one that I (and I suspect, every reader here) never had the opportunity to experience. Of course, we’ve yet to experience the near future either (especially the one that Fallout 3 presents). Yet each of these is combined in a contrast that is ironic, hilarious, and very compelling. The lighthearted jokes made in the songs about atomic bombs (They have things like the atom bomb / So I think I’ll stay where I “om”) certainly don’t seem to fit into a world that has been ravaged by those exact things. At the same time, songs about longing for home, all puns aside, can really hit home for a person walking through a world that stands as a shadow of what it once was.

In fact, the mention of “Worlds Other than These” reminded me of why I liked Stephen King’s Dark Tower series so much (if we can ever-so-briefly abandon games). It participated in this same combination of worlds: Roland travels from his own world, similar in some ways to the American Old West, to our modern times. It’s a wonderful joy to see this man attempt to make his way around a world that he simply doesn’t fit into. Games can succeed in this same way: give us a compelling combination of two (or more) worlds, and we’ll love every minute of discovery.

So, a compelling world can be a sort of Frankenstein’s Monster: a place that is a patchwork creation made from two, three, or dozens of other worlds. If these worlds can be integrated in a way that makes sense (and, of course, provides a strong gameplay experience), a player can become fully immersed in the experience, continually hoping to find some new weird thing that this world offers. 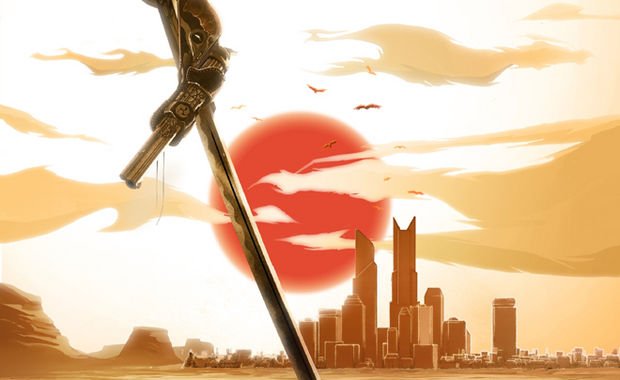 The Grand Theft Auto series has takes the most direct approach to creating a game world: model it almost exactly after the real world. Liberty City is New York City and there’s no secret about it. However, the world of GTA always manages to feel different from our own, and while the ability to break the rules of our own world certainly plays a part, the main draw of GTA’s world is the uniqueness of the personalities that the player encounters. 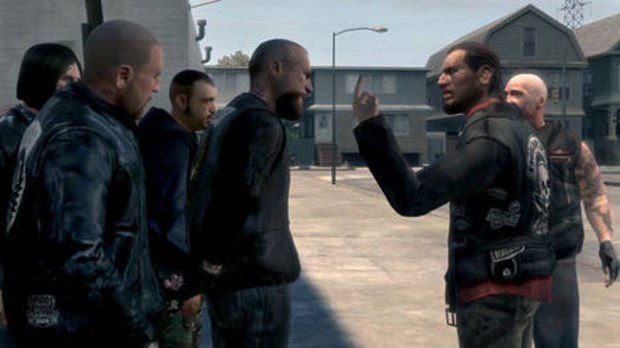 Let’s take the recent Lost and Damned DLC as an example. In this content, the player is given the role of Johnny; a somewhat typical member of a biker gang. Throughout the story, the over-the-top action is broken up by fairly genuine scenes that simply show life for these gang members — most of which taking place in the gang’s bar. Here, the player gets to experience the sort of personalities that most people don’t have the opportunity to know in such a direct way. The world of biker gangs is one that we probably don’t want to live in, but the brief glimpse certainly satisfies our curiosity.

Even one character can go a long way in the quest to make a world feel “right” to a player. The main story of GTA IV offers perhaps the best personality in the series; Brucie Kibbutz. He’s the sort of guy that no one really wants to know, but as a detached witness to his absurdity, we have the chance to experience what it would be like. In a way, Brucie is a little world that the player travels through. Combined with the other “worlds” provided by the rest of GTA IV’s cast, you have a world that feels drastically different from our own, even if it is, indeed, New York City.

The representation of our own world is a tricky thing. If it doesn’t feel genuine, players will reject it as nonsense; if it feels too familiar, no one will care; if it doesn’t offer anything familiar, it’s hardly our world at all. When we vacation in a videogame world, we’re going to choose the locales based on what we haven’t seen yet. But it’s certainly possible to create novelty in a videogame world directly based on our own, and when it works, it can be even more compelling than a completely fictional world.