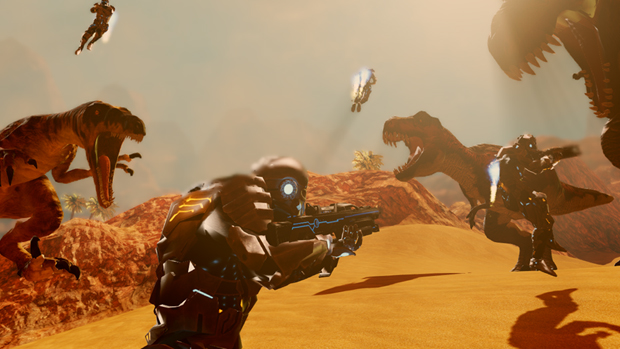 For a while we’ve kept tabs on ORION: Prelude, and the developers have now tipped us off to the fact that the game will feature playable dinosaurs in a Left 4 Dead-esque multiplayer mode called “Dino Attack.”  Each dinosaur type will behave as a certain class, having similar roles and abilities to Left 4 Dead zombies such as the tank and hunter.

Unfortunately we have no footage of this new mode because it’s very early in development, but Spiral Game Studios would like to assure us that this feature will not delay the development of the game whatsoever.  For you guys that don’t remember, this is that game with jetpacks and dinosaurs.  I do believe it’s been statistically proven that everyone loves those two things.