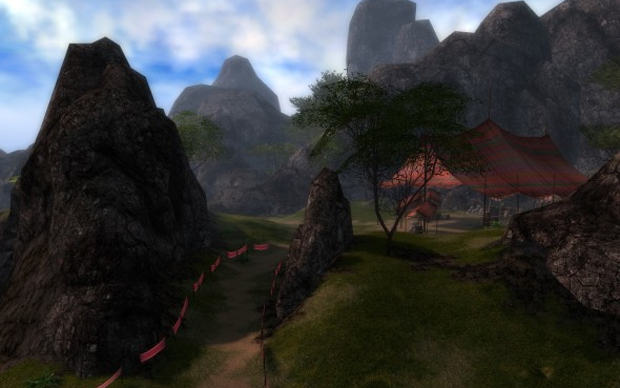 Come to think of it, I vaguely remember playing Guild Wars for a solid few months back when it first launched. What strange days those were. The game has undoubtedly come a long way since then, and hey, AreaNet isn’t quite ready to stop yet.

It’s gotten a new update, which includes a new outpost in the Battle Isles called Embark Beach — it allows groups to travel to any destination in any campaign for quest-embarking purposes. (I see what they did there.) Parties have also been given a bump from three heroes up two seven.

The noteworthy addition seems to be mercenaries. With real-world money, you can open up slots which allow you to bring a mercenary hero along for the journey. You can even make your gang look like clones of yourself. Yes sir.