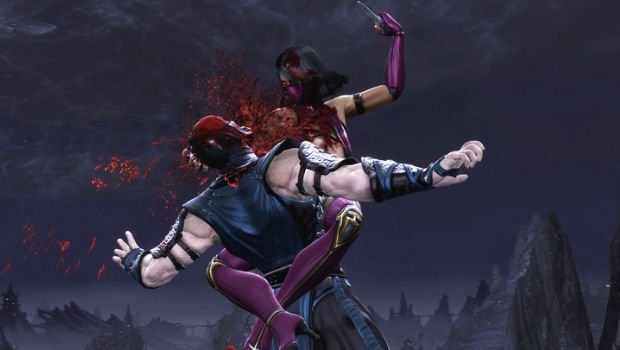 “I think it represents the difference in philosophy. I find Japanese games tend to find the ‘process’ of playing the game as the activity and the result may not matter,” he said. “So in Street Fighter when you’re playing it’s the moment to moment gameplay that should be the best, whether you win or lose doesn’t really matter. Whereas in Mortal Kombat the fighting and playing is just a pathway to get to the result – it’s the Fatality you want to see and you almost want to skip the fighting bit and get to the Fatality because that is the result.

“I think Western fighting games tend to put more weight in the result rather than the process. So it’s fun when you win but while you’re playing it doesn’t have the intricate build up where it’s ‘opponent did this, so you try this’. Street Fighter is more like a game of chess, it’s very quite almost. You sit there, do the moves and enjoy that, there’s not really a lot of fireworks or explosions at the end.”

It’s an interesting statement for sure, and one that may have merit. Many Western games are about getting headshots, blowing stuff up — getting rewarded and satisfied immediately. That’s certainly not a bad thing, however. Anybody who doesn’t like seeing some fool’s head come off just ain’t human.

Street Fighter IV 3DS: “No one has taken the genre to where I want” [CVG]