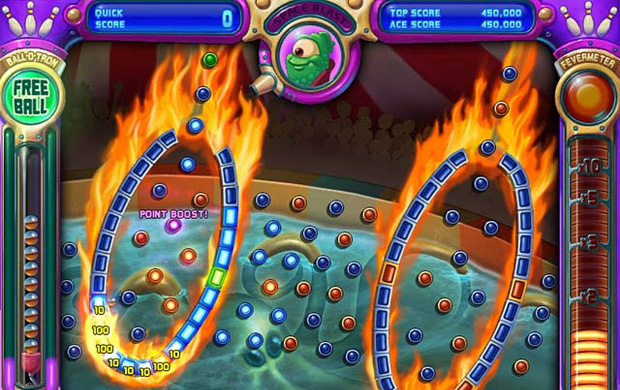 PopCap’s plan to bring the utterly delightful Peggle to every conceivable platform is coming to fruition. This week, the PlayStation 3 version comes out of hiding.

On Thursday, PlayStation Network users will find the game alongside Peggle Nights as a paid add-on. Last we heard, this downlodable content had a planned fall release for Xbox LIVE Arcade, which leads me to believe Xbox 360 owners will get the new content relatively soon too.

As an added bonus for both Peggle and Peggle Nights on PS3, a new feature allows players to upload their replays to YouTube directly from the game. Watching people get extremely lucky in Peggle has become somewhat of a hobby for me, so this sounds like a good deal.