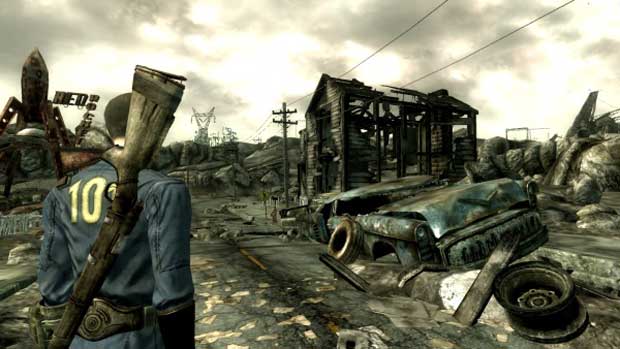 If the Twitterverse is to be believed, Obsidian — currently working on Sega’s Alpha Protocol — is currently developing a new, “non-sequel” to Fallout 3 title for Bethesda Softworks.

The game, entitled Fallout: New Vegas, is slated to hit the Xbox 360, PlayStation 3, and PC in 2010. Little details are known about the game, save for that it will retain the gameplay style of last year’s award-winning Fallout 3.

The info comes from Bethesda’s press event, which is currently taking place in London. Our own Dale North is on the scene, but hasn’t hit his Twitter to drop any juicy details. But other people most certainly have.

Our guess is we’ll hear (and see) more details soon, so stay tuned. In the meantime, start thinking about the posibilities, and get excited.