[The following NSFW feature contains pictures, descriptions, and general frank discussion of dicks. Don’t want to see a 3D model of a penis? Don’t scroll down or read on.]

Video games are an ever-evolving artistic medium, growing more and more deserving of standing alongside Renaissance paintings or great works of cinema. Perhaps most importantly, our interactive medium is finally grown up enough now to enjoy a nice big floppy schlong every now and then.

In celebration of the continuing artistic growth of our medium, I present to you this highly scientific list of the five greatest examples of wiggly man meat the art form has to offer. 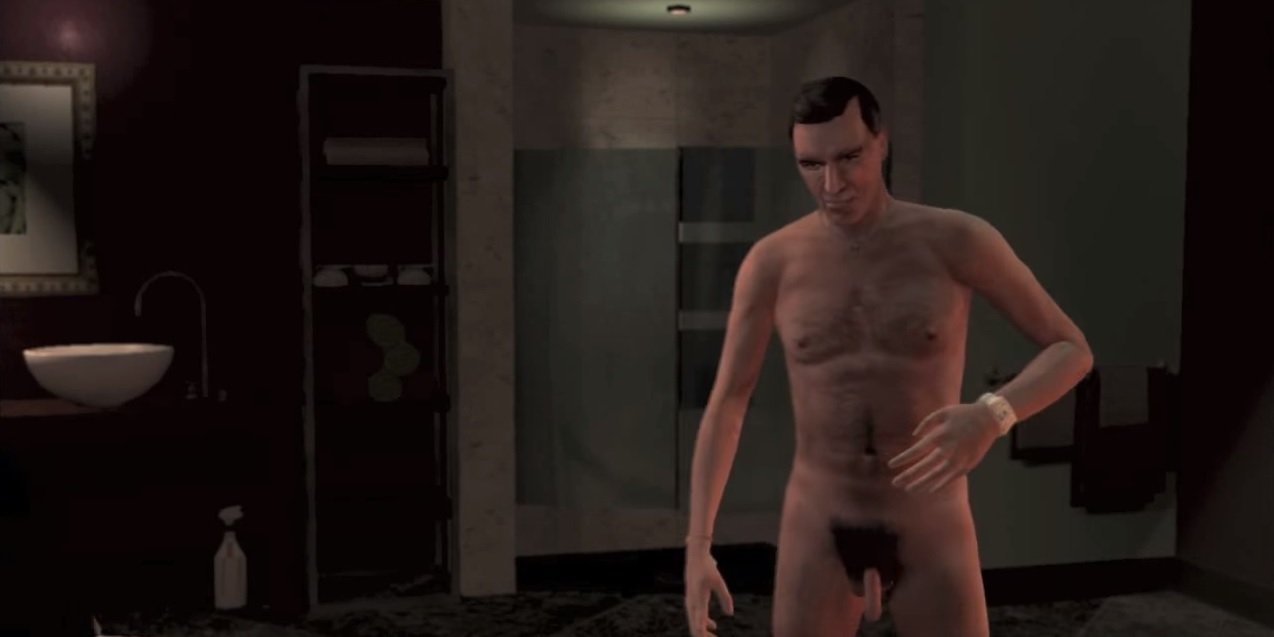 One of the first examples of fully rendered 3D pecker in the art form, Thomas Stubbs’ floppy finger is far less of a stub than his name might imply. It’s slender, it’s nicely kept, it’s clean, and it knows it’s not the star of the show.

It simply exists, initially glimpsed from a distance before being given its moment to shine.

For a first foray into digital todger, it’s a muted and restrained introduction of the subject to the medium. It’s a dangler that nobody’s going to object to being present, and that slyly introduced genitalia opened the door for video games as art to finally begin to grow up.

Thank you, Thomas Stubbs, for showing your your very own Mr. Stubbs. For services to advancing video games as art, we salute you.

Excuse me, I seemingly got a little too excited for my own good there. This is a very serious article and should be treated as such.

Mount Your Friends was, to the popular consciousness, the first time video games acknowledged the undeniable human truth that a floppy penis, spun around in circles at great speed, is a really funny thing to see.

Genitals don’t need to always carry gravitas with them. They don’t need to be symbolic, or powerful, or employed for their suggested use.

Sometimes we all just need to bond over how funny a spinning willy can be.

There are very few things I personally like about The Order: 1886. It’s a short game that is often boring and waits until its very last moments to really tease the interesting plot options that could arise from a sequel.

Still, I do have to give the game props for not only featuring a well-rendered floppy cock, but also for providing players with a pair of incredibly high-quality character model images showing the penis off in a highly detailed vacuum. 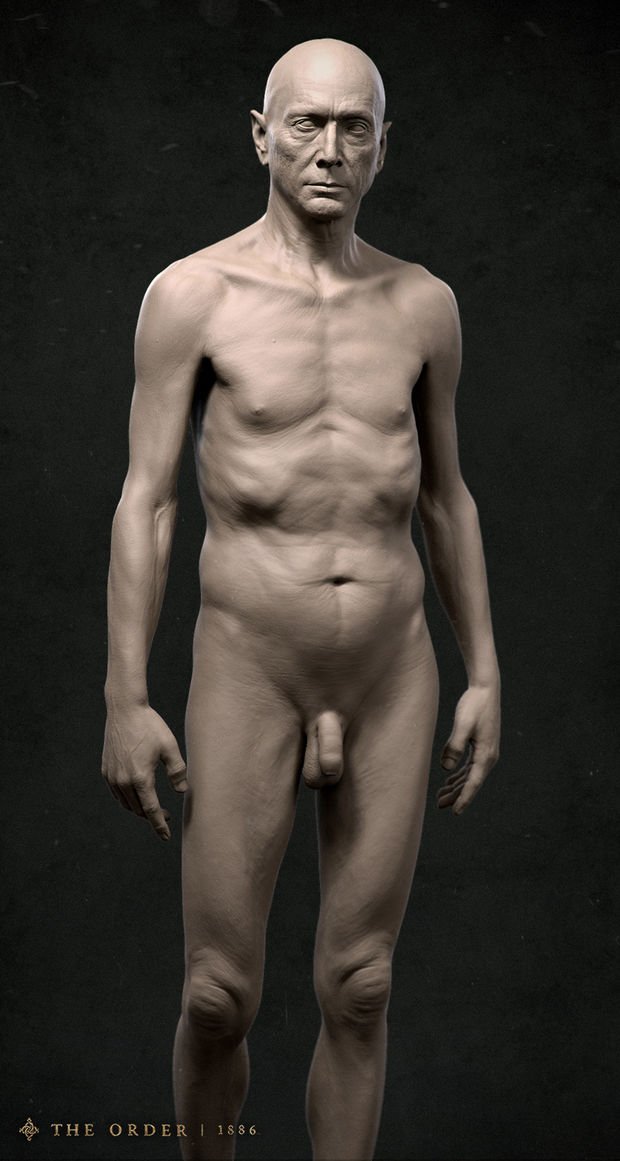 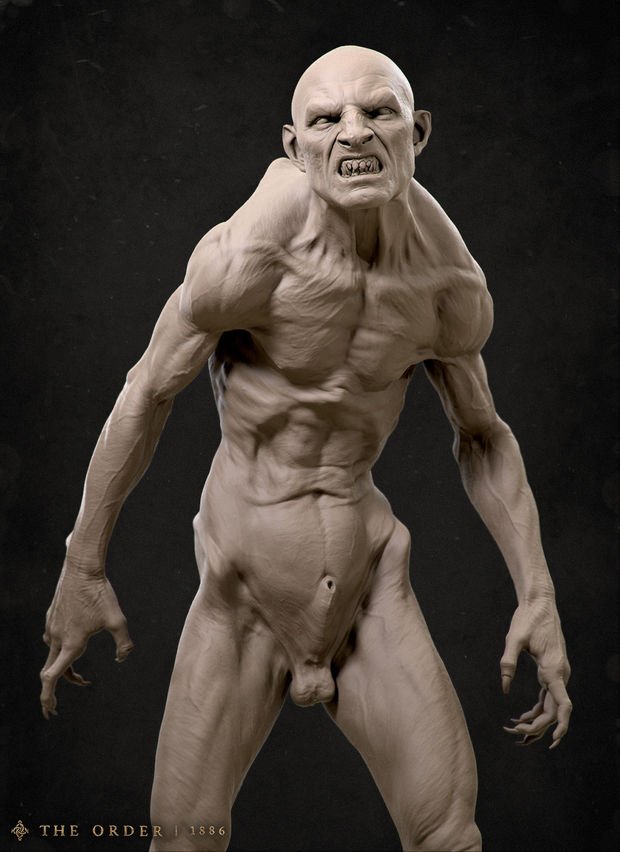 Most interestingly, note that during the werewolf transformation, the penis fuses into the main body, perhaps keeping it away from flopping around during combat. That’s werewolf penis lore, and it now exists thanks to this beautiful video game.

Okay, so yes, I concede that the penis in Loadout is pixelated, and as such would normally not be viable for inclusion in a list of proud and unashamed floppy schlongs in video games. However, Loadout might be the only game I know that goes all out with procedural floppy 3D dick physics.

I mean, just look at it swing majestically as you swerve the character model from side to side. That length, that girth, that springy swinging movement arc.

Let’s get this tech on an unpixelated dick right this second, game designers. 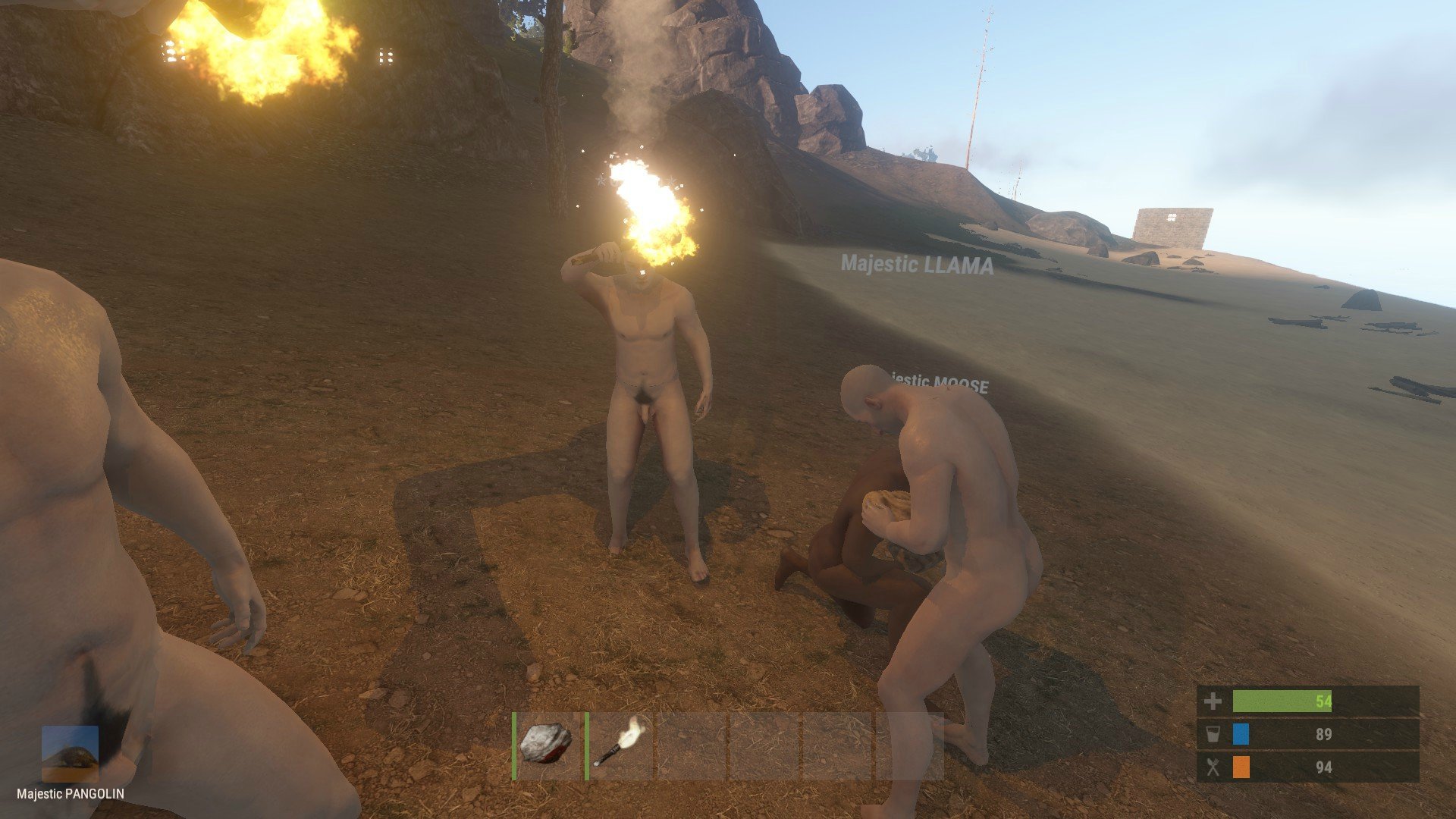 And finally we reach number one on our list, Rust. In this online multiplayer game, any players with male avatars will have their own meaty package to look at. What makes Rust our number-one pick is that penis size and shape is unique to every player, decided by their Steam ID. No two dicks are alike, and you can’t escape what your dick is going to look like.

It’s a beautiful metaphor for life. Sometimes you just have to learn to love the hand life dealt you.

Particularly when that hand is actually a cock.