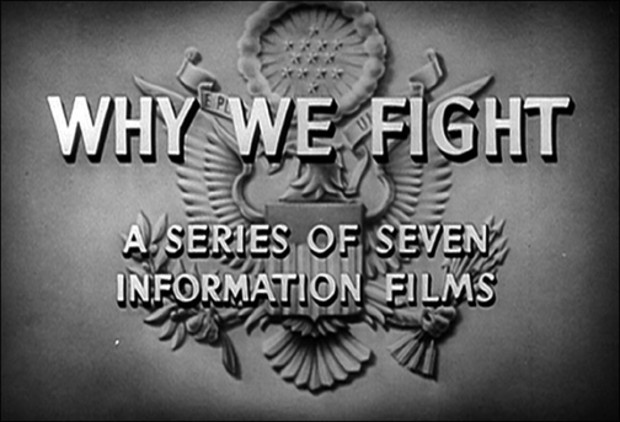 I want to preface this little piece with two statements. First, the desires and hopes expressed in this piece should in no way be considered to depict what I believe is feasible, or profitable, in gaming. These are merely an expression of my “perfect world” dreams. Second, lest no one be confused to the contrary, I love war games. Love them. FPSs are my bread and butter and Battlefield 1942 is my favorite game of all time.

That being said, I wanted to write about something in gaming that is always in the back of my mind as I plow through endless waves of Nazis/Mutants/Combine Soldiers/etc. etc. ad nauseum: Why We Fight. Or perhaps more specifically, our (as human beings, not as the character we have inhabited) personal motivations for fighting simulated wars.

My gripe with gaming is this: Videogames always thrust us into the battle without giving us a true contextual reason that elevates our own reason for fighting to something beyond what essentially boils down to “because we told you to.” I’m not sure if I would call this “because we told you so” a mechanic, or an element of story, or what. To me, it doesn’t really matter what category it falls into because the issue permeates all videogames in which combat is a major element.

At first glance, this claim may seem provocative and downright incorrect. However, I don’t even really consider it to even be open to debate. Do this in your head: name for me one game in which you spend a considerable amount of time playing before the fighting starts. I’m not talking about wandering through a train station or running through an obstacle course, I’m talking some serious time spent playing as the character without combat. I don’t think you can name one game, unless that game contains no fighting at all.

Consider then, why you are driven to guide a videogame character through a war. Usually it’s because the story line tells you you must. Sure, they’re Nazis, or Orcs, or they wear different hats than you do. Sometimes, the games are very specific. Your peace-loving country is about to be eradicated. Your loving wife and young child have been slaughtered. The Princess is in another castle! But really, what incentive do you as the (human) player have for fighting to prevent the horrible from occurring? Have you lived one second of your peaceful life in this country on the verge of annihilation? Where did you meet this wife you care so much about? Can you even tell me her name? Hell, the princess has never even put out once, not once. What affinity do you have for her?

You, as a player, have not been given a true, feel-it-in-your-gut reason to fight. You don’t feel any personal rage or sense of duty. The emotions the videogame designer hopes you will feel are always a hard sell because whatever you’re feeling comes to you second-hand. They blew up the big mill in the middle of my character’s town? So what? My character seems pretty pissed about it, but what do I care? I have no memories associated with that mill. It’s just a big dumb building to me.

And after the videogame war you fight is all over, that’s it, you’re done. What have you earned with your struggles through war? A look at a list of names and a chance to do it all again, only harder.

Is this why men fight wars?

What I am proposing is game which makes you feel the peace before you fight the war. The best example I can think of (fortunately I am not responsible for scheming up videogames) would be similar to some iteration of The Sims. Say what you will about that series, I was hooked when the first one came out. I built my success from the ground up. I lived in a large villa with a courtyard and a pool in the middle. This was what, eight years ago? I still remember my wife’s name — Jackie, and my son’s name — Butch (I still get a kick out of that name). But I cared about my virtual family. I as a human being obviously didn’t ‘love’ my ‘wife,’ she was pixels. But I certainly felt affection towards my faux-family.

What, then, would have happened, if one day that house that I had worked so hard to build from the ground up was bombed? What if dear Jackie had been vaporized by a terrorist while she worked her job as a scientist? And what if the game had auto-saved there, so I couldn’t get those things back? Would I have been upset? Of course I would have. And then say I get a telephone call the next day, or someone comes to the door, and says “Hey, your wife was killed and your house was blown up. This is because our neighboring country has declared war on us. Do you want to enlist?” You just spent dozens of game hours building up something that was instantly taken away from you. Do you want to enlist? Hell yes you want to enlist!

Now it’s personal. You know why you’re fighting. It’s not because you were told to by some contrived story. It’s because something you directly cared about was very unfairly taken away from you. Now you will remember that ever enemy body you pile high is because you personally were subjected to a great and galling loss at their hands.

I guess basically what I’m asking for is a game that makes my motivation for fighting truly personal, or as personal as the simulated thing could be. And, I don’t think that the above demands necessarily preclude a “fun” gaming experience.

A brief comment: Videogames are often compared to film, and often the “artistic” value of these formats is compared. I try to steer clear of this debate because I think that the two are too difference for comparison, and I often bog myself down in trying to adequately define art, which I’m not sure can be done. But I would argue that all art exists, at least in part, to explain various aspects of the human condition from the creator’s point of view. And I think that a game, as described above, is not only theoretically possible, but that such a game would give videogames at least a partial leg up on films.

You can watch a movie like Saving Private Ryan, and say to yourself — amongst many other points — “Oh yeah, war is Hell.” The director has asked you to put yourself in the shoes of these men, which is essentially what all videogames to this point have done. But videogames have the chance to take it a step further, they have a chance to make you say “Oh yeah, war is Hell, because I’ve experienced one (I cannot emphasize the smallness of this enough) tiny little piece of the loss that one experiences in a war.” Videogames have a unique opportunity to put you just that much closer to experiencing a unique and perhaps otherwise unattainable aspect of human existence, and I feel like all too often they squander that opportunity. No doubt, the best is yet to come.

That was all pretty highfalutin, I apologize. Now if you’ll just excuse me, I need to figure out how to get off of this high horse without hurting myself.