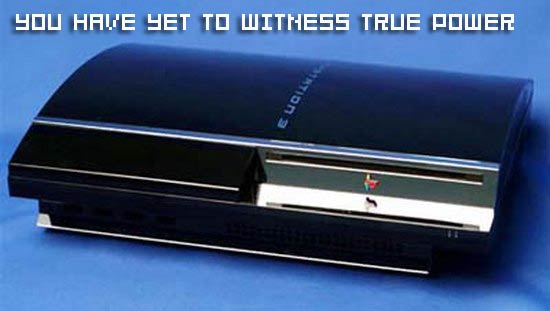 Whenever you corral a couple of engineers together in a discussion, magic usually follows. Between all of the technical jargon that they weave in and out of conversations all nonchalantly, often comes enlightenment and amusement. Unlike the analysts that we poke at with a stick, engineers actually understand their subject matter — and are our only hope of unlocking a console’s great mysteries that are buried deep beneath their cool exteriors.

Much is the case of the interesting tidbits gleaned from a recent interview between a couple of PlayStation 3 software engineers, and AV Watch, even if it is written in a language I could never hope of understanding. According to engineers, not only will the PS3 enjoy greater audio and video upscaling, but these guys see a time in which the PS3 is completely fanless — a feat that some might say has already been achieved. All jokes aside, SCE Chief Technology Officer Kawanishi and AV manager Kanehide see a lot of untapped power in the PS3 just waiting to be harnessed:

“We have gotten feedback from them (critics) regarding several failure patters for upconverting, but we are getting closer to the goal. I think we can improve another 30 to 40%. So far, we are not worried too much since we have plenty of processing power left even at peak usage. The scary thing about the PS3 is that we can continue to add updates as long as there is space on the HDD,” he added. “We won’t stop though, since adding new functionality is a lot of fun. We really enjoy getting feedback from the customers, and finding things we really hadn’t thought of.”

Going by this alone, things are looking quite rosy for the PS3. It is without question that software engineers will continue to exploit the PS3’s strengths over time —  much like they did with the PS2. Let’s just hope that the much rumored price cuts are enough to spur the sales growth that Sony is wanting, and that some of these improvements will not lead the PS3 down the red-ringed path that it has managed to avoid thus far.

[Via Next Generation and Joe “Mighty Tipster” Burling]