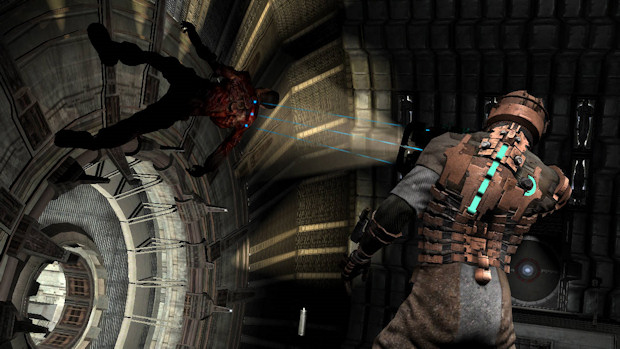 Really? Are people really surprised by this? The story goes that Reuters of all places has “let slip” the fact that Visceral’s Dead Space 2 is going to be released next year. EA has never officially confirmed the game, but we all knew it was coming, and I think very few people didn’t expect to see it next year.

In any case, the relatively decent sci-fi shooter has been “confirmed” thusly: “Electronic Arts has a pair of horror offerings for gamers. The publisher recently shipped Dead Space: Extraction for Wii, which is a prequel to last fall’s Xbox 360, PlayStation 3 and PC hit. Dead Space 2 is in development for next year.”

With the amount of media EA released for Dead Space, and with Dead Space: Extraction released for the Wii, there’s no doubt that the publisher wants a franchise to come out of this, despite the less-than-blockbuster performance of the original game. So, the question is this: Do you want more Dead Space next year, or was one (or two) already enough for you?