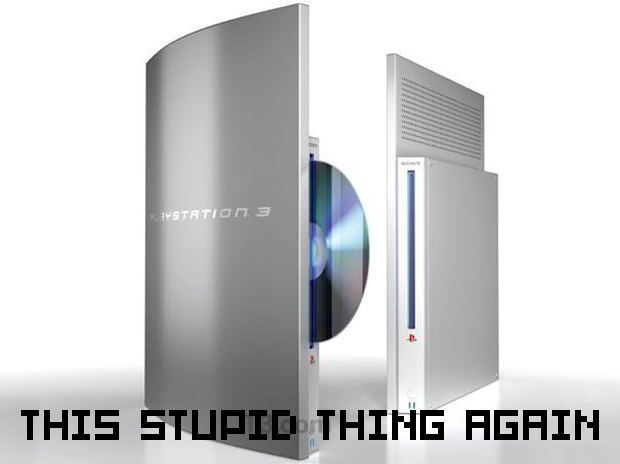 Last night and this morning, we’ve heard plenty of buzz on a PS3 redesign to be unveiled at E3, set to kick off in a couple of weeks. This isn’t the first time we’ve heard of a redesign, and you’d almost have to believe that they have one in the works, but the timing definitely wouldn’t be right if they’re also going to talk about a new PSP at E3. Not that that’s confirmed or anything. But we feel better about the PSP rumor than we do the PS3 one.

Sony had no problem shooting down the PS3 rumor. “We currently don’t have any plans for a redesigned PS3,” Sony UK tells CVG. That’s good, because I don’t think any of us have plans to buy a redesigned PS3 either.

I don’t believe that they don’t have any “plans” for a new one, of course. But even if they did have a new PS3 in the works, they wouldn’t be bringing it to E3. That would be overkill. Then again, they could totally disappoint us and bring a new PS3 and no PSP Go. A PSP No Go, if you will.